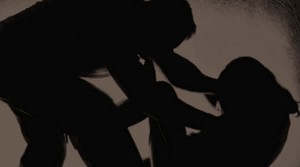 Detectives attached to the Delta State Police Command, Asaba, on Thursday arrested the General Overseer of a church (name withheld) for allegedly raping a seven-year-old daughter of his member.

The police spokesperson in the state, Mrs. Celestina Kalu, said the suspect’s church was along Ibusa Road, Koka, Asaba.

She said the victim was allegedly lured into the church office with the intention of praying for her.

It was in the course of prayers that she was raped.

It was gathered that the victim could not keep the incident to herself, hence she cried to her parents on the matter.

Her parents were said to have taken her to the Federal Medical Centre in Asaba, where it was confirmed that she had been raped after discovery of bruises in her private parts.

Kalu said the matter was reported at the police headquarters, where detectives were assigned to investigate the matter, adding that upon investigation, the suspect was arrested and he confessed to the crime.

In another development, on Thursday, nemesis caught up with a suspected car snatcher identified as Samson Igah in Akwuebulu, a suburb of Asaba, when his attempt to snatch a vehicle parked by the owner met a brick wall.

Kalu said the suspect was nabbed by residents in the area, who later invited the police to the scene.

The suspect was said to have locked himself inside the car in his attempt to drive it away.

The suspect is currently being detained at the Criminal Investigation Department for further investigation.

Meanwhile, there have been reported cases of armed robbery and kidnapping by suspected kidnappers in Abraka, Eku, Isiokolo, Asaba, Agbor and Warri areas  of the state.

Three members of a kidnap gang including a woman alleged to be the leader of the group have been arrested by the police.

Kalu said the suspects were arrested following a tip-off.

She said the police got information that suspected kidnappers were sighted around the Okpara axis of Ethiope East and that detectives attached to Isiokolo Police Division stormed the scene and arrested the suspects and recovered a gun from them.

Kalu added that the suspects were now helping the police in their investigations.