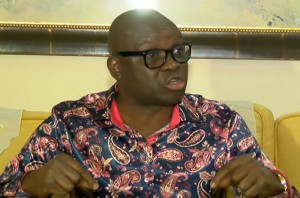 Governor Ayodele Fayose of Ekiti State has said that Nigerians are suffering under the All Progressives Congress government of President Muhammadu Buhari because of nepotism.

He opined that the president might have resorted to surrounding himself with family members because he was obviously being tormented by fear of the unknown.

“The country is in the hands of wrong managers who do not know what to do and out of nepotism, not ready to be assisted by those who know,” he said.

“Presently, Nigerians are suffering, hungry and angry because the APC Federal Government has run the country aground.

“Nigeria has gone beyond recession, the economy has collapsed completely and painfully, those who should revive the economy do not have any clue as to what to do.”

Fayose, in a statement in Ado Ekiti on Sunday, by his Special Assistant on Public Communications and New Media, Lere Olayinka, said Nigeria was experiencing the worst form of nepotism in the history of government in the country.

“Nepotism is the reason our President discarded competent people in his party that should be running the government with him and opted for his relatives, friends, in-laws and very close associates.

“The only qualification to hold key positions in the Presidency is to know a certain nephew of the President or be a member of his family, that’s is nepotism and what nepotism breeds is incompetence.