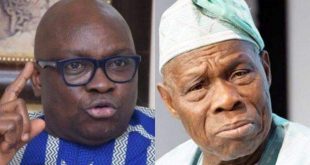 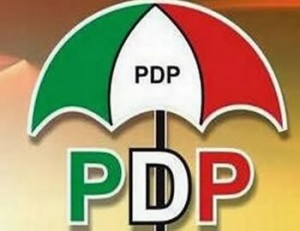 DESPITE the interim order given by Justice Okon Abang of the Federal High Court, Abuja suspending the repeat of national convention of the Peoples Democratic Party (PDP), the party will go ahead with the conduct of the exercise on Wednesday as planned.

The Chairman of the party’s National Caretaker Committee, Senator Ahmed Makarfi made this declaration in a text message  on Monday.

He pointed out that a Federal High Court in Port Harcourt, Rivers State, had earlier in the day validated and authorised the proposed convention, a decision, which he said could not be overruled by a court of coordinate jurisdiction.

The former Kaduna State governor noted the Appeal Court would determine the legality of the convention.

“Convention is going ahead as the Abuja Federal High Court is not superior to the Port Harcourt m MainwhileFederal High Court, which earlier today gave us the go ahead. Court of Appeal will sort it out,” he said.

Mainwhile the National Convention Screening Committee of the Peoples Democratic Party (PDP), on Monday, commenced the screening of candidates vying for various offices in the National Convention of the party, holding in Port Harcourt, Rivers State, on Wednesday.
A total of 57 candidates were screened during the exercise, which was conducted at the PDP state secretariat in Port Harcourt.
The screening committee was chaired by former Governor Gabriel Suswam of Benue State, with other members, including former governors Attahiru Bafarawa (Sokoto), Achike Udenwa (Imo) and Boni Haruna (Adamawa).
Other members were former Deputy Senate President Ibrahim Mantu, Senator Enyinnaya Abaribe and former Minister of Women Affairs, Mrs Josephine Anenih, while Rivers State Attorney General, Emmanuel Aguma, SAN, was the secretary of the committee.
At the commencement of the exercise, the chairman of the committee, Dr Suswam disclosed that 57 candidates, who had purchased forms to contest elections in  the various offices, would be screened.
Prominent among those screened on Monday a former PDP Deputy National chairman, Chief Bode  George, former Minister of Education Minister, Professor Tunde Adeniran and chairman of Daar Communications Plc,  Chief Raymond Dokpesi, who were all seeking to be the next national chairman of the party.
The three chairmanship candidates declared that they would accept the outcome of the National Convention, even as they pledged that their loyalty remain with the party.
They also declared that they would support the process to rebuild the former ruling party at the centre after the National Convention.