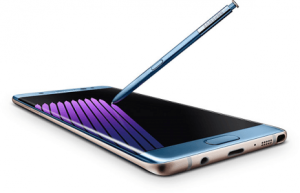 Samsung halted sales of the new Galaxy Note 7 and issued a product recall, after confirming battery problems caused some devices to explode or catch fire.

In a statement, Samsung said it would issue replacements to those customers who had already bought one for free, while announcing it was stopping new sales.

The move is in response to “recently reported cases of the new Galaxy Note 7”, and the company said it found a “battery cell issue” after conducting a thorough investigation.

Samsung confirmed there had been 35 cases reported globally, and it was now “conducting a thorough inspection with our suppliers to identify possible affected batteries in the market”.

Its announcement follows widespread reports that the company was grappling with battery issues on the device, causing some of the premium phones to explode or catch fire while charging.

The issue led to the company delaying shipments in South Korea as it carried out quality control tests, following reports of strong initial sales which was also causing supply constraints.

The Galaxy Note 7 launched last month, and was a device that Samsung had a lot of high hopes for.

News of a recall could be especially damaging as it comes just a week before major rival Apple is expected to launch its next flagship device.

“We acknowledge the inconvenience this may cause in the market but this is to ensure that Samsung continues to deliver the highest quality products to our customers,” added the statement.

Previous Why Africa and France must keep stronger ties, by Elumelu
Next Bukola Awoyemi Speaks about her twin kids and hubby, Damola Olatunji