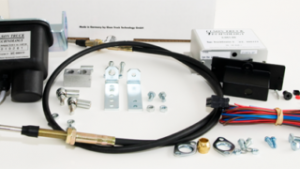 The Federal Road Safety Commission said October 1 deadline for the enforcement of the speed limiting device on vehicles across the country remained.
The Deputy Corps Marshal in charge of Operations, Adai Abu, made this known in an interview with the News Agency of Nigeria on Sunday in Jos, the Plateau State capital.
The speed limiting technology introduced by FRSC in 2015 had generated series of debates among stakeholders on its workability in Nigeria, with some calling for the cancellation of the policy.
But after the intervention of the Senate, which even held a public hearing to ascertain the acceptability of the policy, and eventually supported its enforcement, October 1 implementation deadline was given.
Abu said the introduction of the device was not to witch-hunt anybody, but to ensure sanity on the highways and reduce road traffic crashes to the barest minimum.
Abu said: “We all know that speeding account for over 60 per cent of accidents we have on our roads today; so, introducing a device that will discipline us to reduce the menace of crashes is apt.”
He said that enforcement of the policy would start with commercial vehicles and fleet operators because they carried more passengers.
The corps marshal explained that every vehicle in the country was expected to have the device in two years time.
He said that from October 1 any commercial vehicle without the device would be impounded and the driver arrested until it the device was installed in the vehicle.
He affirmed: “As from October 1, the penalty for those that will not have the device is that we will impound their vehicles and they must come to our premises and fix before we release them.
“There may be fine but for now this is what we are going to do, because if we insist on fine, many will pay when arrested, but will not go back to do the right thing.
“Our concern is not the money but that every vehicle should have a speed limiting device so that we can make our roads a safe haven.”
Abu also explained that the sale of the device was not open to all marketers so that FRSC, Standard Organisation of Nigeria, the Nigerian Customs and other agencies could regulate and monitor the process properly.
He called on motorist to key into the policy as the commission was poised to reduce
the rate of lives and property usually claimed by road crashes as a result of speeding.