Buhari, Osinbajo, others earn N2.295 billion despite ‘cut’ in salaries 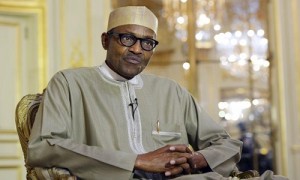 Substantial cuts in the salaries of both President Muhammadu Buhari and Vice-President Yemi Osinbajo earlier announced when the duo came to office last year may be nothing to write home about as both of them, including Cabinet Ministers and other political appointees, pocketed N2.295 billion as official salaries and allowances in the last one year, Economic Confidential can report.
The development is coming at a time the Federal Government kick-started a national orientation campaign themed: “Change Begins with me.”
The report obtained by the Economic intelligence magazine, which shows the official remunerations of the President, Vice-President, cabinet ministers, Secretary to the Government of the Federation and the Head of Service of the Federation, amongst other Chief executives, is in tandem with the approval of the Revenue Mobilization, Allocation and Fiscal Commission.
The packages include: annual salaries, accommodation, vehicle maintenance/fuel, Personal Assistant, House maintenance, domestic staff, entertainment and utilities allowances.
Other allowances are: Constituency allowance, Hardship allowance, newspapers and monitoring allowances.
A critical examination of the report indicated that Buhari has an annual basic salary of N3.51 million; Vice-President, N3.03 million; while Ministers, Secretary to the Government of the Federation, Head of Service and Chairmen of Boards of statutory agencies have N2.02 million.
As for members of constitutional bodies, Special Advisers, Speech Writers, Directors General, Accountant General of the Federation, Permanent Secretaries, CEOs of agencies and Resident Electoral Commissioners of the Independent National Electoral Commission, they have annual basic salaries of N1.9 million.
The report shows that only the President and the Vice-President in the Executive arm of government enjoy the hardship allowances of 50 per cent each of their annual basic salaries, 250 per cent as Constituency Allowances and enjoy other perks to be provided by the government.
These benefits to be provided to the two leaders include, but not limited to Accommodation, Furniture, Domestic Staff, Personal Assistants, Utilities Newspapers, Vehicles, Entertainment, Maintenance and Estacode.
Meanwhile other appointees, including Ministers, Advisers, Permanent Secretaries and INEX Resident Commissioners, are entitled to 200 per cent of their annual basic salary for Accommodation; 300 per cent for Furniture; 75 per cent for Vehicle maintenance and fuel; 25 per cent for Personal Assistant; 75 per cent for domestic staff; 45 per cent for entertainment; 30 per cent for utilities; 15 per cent for newspapers; and 20 per cent for monitoring.
While the President and Vice President duty tours and estacode will be provided by the government, other officers have fixed rates.
The estacode allowance per day for Ministers, SGF, Head of Service and Chairmen of Board is $1,000 per night on foreign trip; members of constitutional bodies, $900 per night; Special Adviser and Speech Writer, $800 per night; while Permanent Secretary, Director General and INEC Electoral Commissioner take $600 per night each on foreign trips.
Further checks by Economic Confidential reveals that an average Nigerian worker with a minimum wage of N18,000 a month will have to work for more than four years before earning the utility allowance for Ministers of the federal Republic of Nigeria.
Unless the remuneration package is reviewed downward for the political appointees and upward for the civil servants, the executives will continue to enjoy the current salaries and allowances.
The Revenue Mobilization Allocation and Fiscal Commission determines and fixes the remuneration packages of public and political office holders, while the National Salaries, Wages and Income Commission fixes the salaries and allowances of civil servants in Nigeria.
See the Remuneration of Federal Executive Officers in Nigeria: