President Muhammadu Buhari on Tuesday met behind closed doors with a national leader of the All Progressives Congress, Bola Tinubu; and the former Interim National Chairman of the party, Chief Bisi Akande.

Both Tinubu and Akande arrived at the Presidential Villa, Abuja for the meeting at about 3.50pm.

They left the premises through the President’s official residence about an hour after.

They did not talk to State House correspondents as reporters were not allowed on the premises except when they are invited for special assignments.

Their meeting with Buhari was held a few hours after Obasanjo issued a statement urging Buhari not to seek re-election in 2019.

The Presidency said it would not react to Obasanjo’s statement.

The Senior Special Assistant to the President on Media and Publicity, Garba Shehu, said this when our correspondent contacted him on the telephone.

“If your question is on former President Obasanjo, we will not react,” Shehu said.

Tinubu media office later issued a statement to say that his visit to Buhari had nothing to do with Obasanjo’s statement.

Previous Obasanjo attacks Buhari: ‘Not competent to rule,No 2nd term for you’
Next Ajimobi appeals judgment on Chieftaincy palava 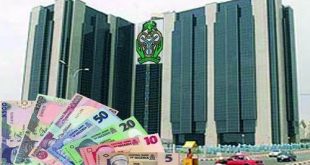