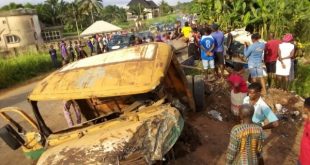 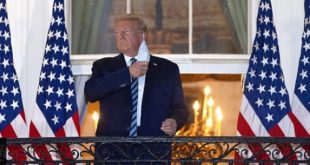 There are on the surface opinion that President Buhari will be defeated just like his predecessor. Below YOUNEWS presents factors that may still make him win again.

1. Anti- Boko Haram operations The promise to conquer the Boko Haram insurgency was one of the cardinal reasons why President Buhari was elected in 2015. Three years into his presidency, many will argue that the president is winning the anti-insurgency war. Though the insurgency has not been completely defeated, the insurgents have been displaced and most of the territories they took over have been regained by the Nigerian army. Also, the president has secured the release of some of the Chibok girls abducted by the Boko Haram and he promised that the remaining girls, and others in Boko Haram’s captivity, will regain their freedom soon. Despite the controversies that surrounded the abduction and release of the Dapchi schoolgirls, many still commended the president’s prompt response and release of the girls.

2. Anti-corruption war President Buhari’s commitment to fighting corruption is applauded by many Nigerians, home and abroad. In the fight against corruption, many are of the opinion that no previous administration has performed better than President Buhari. Also, the anti-corruption crusade is yielding result as Nigeria recently rose 24 places on the World Bank’s Ease of Doing Business rankings, and earned a place on the list of top 10 reformers in the world.

4. N-Power President Buhari, upon resuming office in 2015, announced an initiative tagged Social Investment Scheme (SIP) which aims at providing easy-to-access jobs for the unemployed, feeding for school children and N5,000 monthly handouts to some of the nation’s poorest people. N-power, specifically meant for unemployed graduates, is a component of the scheme. The N-Power is aimed at engaging unemployed Nigerians with a monthly stipend of N30,000. It started out in December 2016. Currently, 200,000 volunteers have been recruited nationwide while another set of 300,000 graduate volunteers have been pre-selected for the next round of the programme. The Buhari-led government also revealed that more than 7.4 million primary school pupils in 22 states have been fed, while almost 300,000 poor Nigerians are also receiving N5000 monthly cash transfer. According to the government, almost 300,000 Nigerians benefited from micro-credit loans of between N10, 000 to N100,000.

5. Agricultural revolution The economy is now being truly diversified as Agriculture is now reportedly the second biggest thing after oil. The Buhari-led administration’s agricultural revolution is based on two programmes – the Presidential Fertiliser Initiative (PFI) and the Anchor Borrowers Programme (financed by the CBN). According to the Food and Agriculture Organization (FAO), the number of Nigerians facing food insecurity in the northeast dropped by half under the present administration. Also, Femi Adesina, the president’s special adviser on media and publicity, said: “Nigeria saw bumper food harvests, especially in rice, whose local production continues to rise significantly (States like Ebonyi, Kebbi, Kano leading the pack, with Ogun joining at the end of 2017). The price of a 50kg bag of rice – a staple in the country – has fallen by about 30% since the beginning of 2017, as local production has gone up.”

6. Impressive increase in Internally Generated Revenue (IGR) Under President Buhari, the Nigeria Customs Service recorded its highest-ever revenue collection, crossing the One Trillion Naira (N1,000,000,000) mark. Also, the Joint Admissions and Matriculations Board (JAMB), under the new management appointed by President Buhari in 2016, remitted N7.8 billion to the coffers of the federal government. The total amount remitted by JAMB between 2010 and 2016 was reportedly N 51 million.

7. Mr Integrity (large followership) Many Nigerians strongly believe that there is no Nigerian politician that has an ‘iota’ of integrity. However, an impressive percentage of the Nigerian populace exempts President Buhari from the list of the politicians with no integrity. His records, they say, as the country’s military head of state and petroleum minister speak for him. The integrity has earned him quite an impressive followership base which is the number one requirement needed to win an election in the present democratic system. 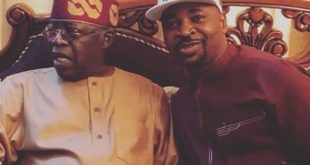