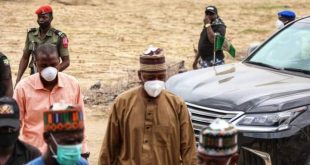 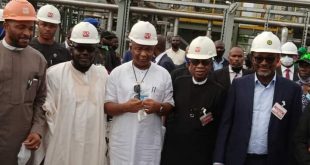 The Presidency last night released what it called an authoritative report on how seven suspended directors of the National Emergency Management Agency (NEMA) allegedly stole over a billion naira, $284,000 and £95,000.

A Presidency official, in a statement, said the report indicated that the immediate past NEMA Director General, Mohammed Sani Sidi, maintained 20 different accounts in various banks despite his public servant status.

The official alleged that the suspended staff had hurriedly and illegally taken the matter to the House of Representatives in a pre-emptive move to stonewall the ongoing investigations by the Economic and Financial Crimes Commission (EFCC) hoping for a cover-up.

He said an authoritative report submitted to the Presidency by agencies involved in the investigations and activities of the suspended directors, revealed clear cases of abuse of office, graft and collusion on the part of the NEMA directors.

He stated: “This is in direct contradiction to the impressions of innocence created last week regarding the seven suspended staff of the agency by the House of Representatives Committee on Emergency and Disaster Preparedness.

“The indicted officials indeed have genuine cases to answer; actually some of the officers have made confessional statements, while others could simply not explain the money and properties already traced to them.”

“Based on the facts contained in the report, their claim of innocence cannot be substantiated and the presumed understanding they are getting from the House of Representatives is indeed a true reflection of the current state of affairs in Nigeria, where the most corrupt often seek to cover their misdeed by pointing accusing fingers at others.”

The House of Representatives Committee on Emergency and Disaster Management had recently called for the immediate reinstatement of the directors, saying they we’re suspended without due process by the NEMA governing council chaired by Vice President Yemi Osinbajo.

But the Presidency official said Monday that details of the report “revealed that the affected persons, in league with the former Director General of NEMA may have formed an alliance with certain already identified House Committee members and illegally procured and stole various papers from NEMA files in their bid to exonerate themselves and challenge their suspension, claiming they were innocent whistleblowers being victimized by the board.

“While the impression at the House last week presents the indicted officials as victims of circumstance, “the reality is rather different and there is evidence now accruing to government that the action of the some in the House may be an attempt to protect the suspended directors in an unwholesome deal, which is already causing ripples even in the National Assembly.”

He said a query being raised in the Presidency was about the need for some in the House of Representatives to be involved “in what is certainly an illegal removal of official documents through the staff and their acceptance by some in the House, when the House had the constitutional powers to access the document but resort otherwise.

“The report submitted to the Presidency shows the enormity of the crimes committed by the officials which comprised misappropriation of public funds, frivolous claims of personal emoluments and conspiracy with the other officials to short-change the Federal Government of due revenues, among others.

“Regarding the former NEMA DG, Mr. Sani Sidi, for instance, it was indicated that he maintained 20 different accounts in various banks, despite his public servant status.  “EFCC found suspicious deposits amounting to 164,000 US Dollars in his domiciliary account at Standard Chartered Bank alone, all within 18 months, i.e., between January 2014 and June 2015.

‘This almost averages out at $10,000 per month. At the same time, he had up to £58,000 in his Pound Sterling Account. He faces allegations of misappropriation of public funds, frivolous claims of personal emoluments and conspiracy with the other officials to short-change the Federal Government of due revenues.”

He said the suspended Director of Finance and Accounts, Akinbola Hakeem Gbolahan, was also indicted for maintaining many bank accounts with questionable transactionsz adding that “EFCC, the report indicated, has noted in particular his account in GTBank where suspicious deposits were found, totaling N27, 650,000 which is, in addition, the over £37,000 and $120,000 found in his domiciliary accounts, and his Naira account which has several suspicious deposits in excess of N50 million, much of which flowed directly from NEMA.

“For the Ag. Director of Special Duties, Mr Umesi Emenike, findings from the report revealed that funds meant for programmes and maintenance of the South-South Zone operations of NEMA under his supervision were paid directly into his personal accounts (14 of them have been discovered by EFCC in various banks), instead of the Zonal Office Account. And he was found to have withdrawn freely in cash, by electronic transfers or through ATM Machines, without any evidence of the money being used for NEMA activities.

“Also according to the report, his subordinate, the Zonal Accountant, also made several cash lodgements into the personal account of Mr. Emenike. About N238, 000,000 has so far been traced from NEMA directly to Mr. Emenike’s personal accounts which were placed in fixed deposits and used freely by the Ag. Director.

“The report also revealed that the Director of Risk Reduction, Mr Alhassan Nuhu, also maintained 5 bank accounts which were apparently used as conduits to receive and distribute money from NEMA coffers.

“According to the report, so far, Mr. Nuhu has not been able to give satisfactory account of the transactions, including NEMA Funds moving through him to a company called Dambo Farms Limited.

“The case of the pilot in charge of NEMA’s Air Ambulance is especially interesting. His name is Mamman Ali Ibrahim. On his own, he commercialized both the NEMA Air Ambulance and Helicopter. The report further indicates that EFCC traced at least N285 million to him, of which only N63 million was paid to the Accountant General’s Office and another N11 million was paid to NEMA, but the rest cannot be accounted for.

“According to the report, some of the money was however channeled to his family members through his company, Aerocare West Africa Limited, while others in foreign exchange were directly traced to the former DG’s accounts.

“The report also indicted the Chief Maintenance Officer; Mr. Ganiyu Yunusa Deji who was in charge of fuel supplies to NEMA Generators and was found to have been receiving regular returns into his personal account from the supplier, Rekimat Global Resource Limited. It was also noted in the report that since Mr. Ganiyu Yunusa was suspended; the fuel that used to last for one week now lasts for more than a month.

“There is also the case of M. Kanar Mohammed, the Director of Welfare. His six bank accounts were found to be replete with NEMA funds, including a N214 million meant for displaced traditional rulers in the North East, N184 million paid by him to one Crystal Chambers and N29.5 million paid by him to a former Minister, Abdul Bulama.

“The report, however, indicated that all the indicted officers are still under investigation mainly by EFCC and their suspension was obviously to ensure they don’t remain in office to tamper with evidence in the process of due investigation.”

The presidency official said it was therefore expected that the final report of investigation would soon be ready after which the seven NEMA suspended directors would face “for sure criminal prosecution.” 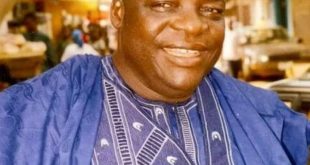 One of the best universty teachers in Nigeria, a theatre director and a strong advocate ...