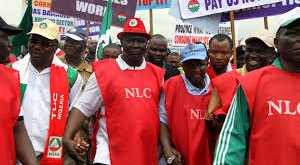 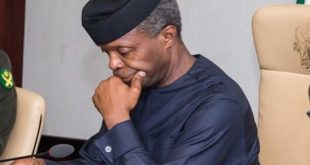 On Thursday, May 3, 2018, the Saint Petersburg City Court will hear an appeal from Jehovah’s Witnesses against a ruling to confiscate their former national office in Russia. If the appeal is denied, the State can seize the 14-building complex immediately. The property spanning some 25 acres (10 ha) is valued at about $31.8 million (2 billion rubles).

The original ruling by the Sestroretskiy District Court in December 2017 ignored evidence that the Witnesses’ office is owned by Watch Tower Bible and Tract Society of Pennsylvania (WTPA), a nonprofit corporation based in the United States. Jehovah’s Witnesses in Russia transferred the property to WTPA in 2000, and WTPA has since paid some $3 million (188 million rubles) in property taxes to the Russian Federation.

Although the Russian government recognized the legal transfer for over 17 years, the district court now asserts that the WTPA’s ownership contract is invalid. Consequently, the court declared the Witnesses’ Administrative Center (AC) in Russia as the actual owner. Since the AC was liquidated by the Supreme Court in 2017, if the Witnesses lose the upcoming appeal, the decision is enforceable and the State can seize the property immediately.

The Assembly Hall is the largest property that Russian authorities have seized from the Witnesses since the July 17, 2017, ruling of the Appellate Chamber of the Supreme Court of the Russian Federation. The Supreme Court ruling ordered the liquidation of all the Witnesses’ legal entities throughout Russia, the banning of their activity, and the seizure of their properties.

The Assembly Hall seats 1,500 and was used for large religious meetings and by local congregations after it was renovated in 2002. Attorneys for the Witnesses learned that the authorities had reregistered the Assembly Hall under the ownership of the Russian Federation. The property has since been transferred to a new owner, a neighboring health center, which has already posted a new sign on the gate.

The seizure follows on the heels of a court ruling just one week earlier that threatens to take possession of the property used by the Witnesses as their national headquarters, located near St. Petersburg. The ruling annulled a 17-year-old contract between the Witnesses’ national headquarters in Russia and the Watch Tower Bible and Tract Society of Pennsylvania. If upheld on appeal, the ruling opens the way for Russian authorities to seize the property and other Witness properties under foreign ownership in Russia.

Jehovah’s Witnesses consider the actions of the Russian government as gross religious intolerance, which has deprived them of not only religious freedom but also their property—much of which was purchased and renovated by Russian citizens of little means. The Witnesses are pursuing every available appeal against the government’s actions, including applications to the European Court of Human Rights and complaints to the UN Human Rights Committee.