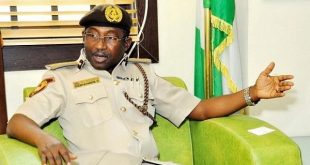 These are interesting political times. Obasanjo thinks he is dealing with political babies he can push around anyhow and dictate to, he is in for a rude awakening. Because of his past actions, he should be ready for betrayal from 1001 people just waiting to stab him in the back.

APC will of course go through their turbulent times because of the numerous touts and opportunists that have joined the ruling party simply to access power. Similarly, PDP will go through their own troubles because it is just their nature, we already know how they roll. However, both parties will eventually settle down in time for the elections. It is yet to be determined how the new comers will perform and if they can be spoilers for either of the two big parties.

At the end of the day and from current indications (things can change), the APC will get an overwhelming majority of the votes from the north, the PDP will sweep the east and everyone will split the votes in the remaining zones to varying degrees.

Unfortunately all the political parties are planning to field a candidate from the north but none of them will be able to deliver 4 million vote in that region meanwhile PMB has over 11 million block vote in the north alone.. note: south west and middle belt will be divided among the parties, south east and south south will not vote like they did in 2015 so PMB stand better chance than any candidates from the north

With that in mind and looking at my spreadsheet, it is hard to see any other projection than an APC / Buhari victory in 2019, fortunately or unfortunately depending on what angle you are looking at it from.