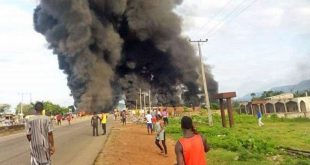 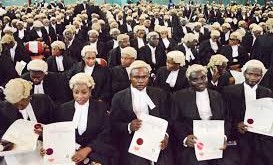 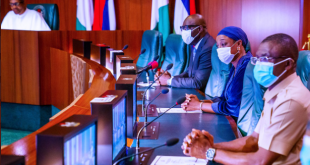 Governor Ishaku said it’s absolutely wrong for President Buhari to say herdsmen don’t move around with guns in the country – He, however. noted that Nigerians have have to stand up to the truth and do something to stop the killings in some parts of the country .

The governor of Taraba state, described President Muhammadu Buhari’s claim that Fulani herdsmen don’t move around with AK-47 rifles but sticks and machetes as false and misleading.

The president had made this claim during his bilateral meeting with the President of the United States, Donald Trump, in Washington DC, last week. Governor Ishaku said: “It’s absolutely wrong for the President to say herdsmen don’t move around with guns. I mean, who then kills who? It couldn’t have been imaginary that people have been killed with AK-47 in the farmers-herdsmen clashes. “We simply have to stand up to the truth and do something to stop the killings.

“The current insecurity has put a lot of pressure on our health facilities much more than we anticipated. We already have between 100,000 to 150,000 persons displaced as a result of the clashes. “Taraba was relatively peaceful before now, and unarguably the safest state in the Northeast. But today, we we are having our own share of the herdsmen problem and that has strained our health systems.