SANWO-OLU FLAGS OFF CONSTRUCTION OF 250 ROADS, POWER PROJECTS ACROSS 377 WARDS 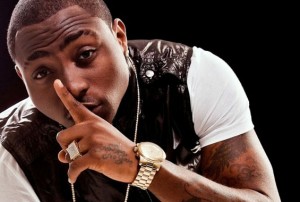 Davido is making bravado about newly bought private jet. It is most rxciting times for him.

Nigeria music Star David Adeleke aka Davido, has finally announced that he’s bought himself a private jet, making him the youngest Nigeria to own one.

The ‘FIA’ Crooner made this known via his twitter handle @iam _Davido on Wednesday.

When a fan commented that he’s about to buy a private jet, writing, “OBO is about to get a private jet. Chioma soup oo” Davido quickly clarified that it’s already been bought. He wrote: Bought already .. it’s not soup it’s Hard work and Ambition!

This was just after the singer gave his much celebrated girlfriend Chioma Avril an assurance, presenting her a Porsche worth #45million as birthday gift. Nothing can be attributed to this other than hard working on the part of the energetic singer. Details on the Jet will be made known soon……

With the energy we saw people put on voting today,if Laycon doesn’t win on Sunday ...