Find the latest bookmaker offers available across all uk gambling sites www.bets.zone Read the reviews and compare sites to quickly discover the perfect account for you.
Home » Entertainment » Celebrity » “You’re not a senator “..Ned Nwoko turned away from 9th assembly 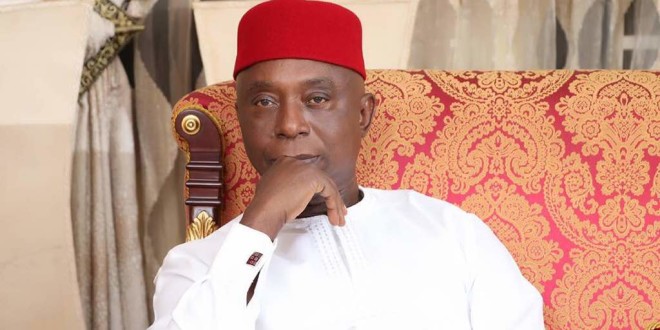 “You’re not a senator “..Ned Nwoko turned away from 9th assembly

Senator-elect, Ned Nwoko representing Delta North has been denied accreditation ahead of Tuesday’s inauguration of the 9th Assembly.

The former member, House of Representatives, who arrived National Assembly early for the accreditation of Senators-elect which began on Sunday was turned down by the Clerk of the National Assembly, Mohammed Sani-Omolori.

Omolori had accosted Nwoko at the lobby opposite Hearing Room 1, venue for the accreditation of the federal lawmakers informing him that he will not be accredited because of unsettled electoral dispute in his Delta North Senatorial District.

Nwoko is currently entangled in legal battle with another member of Peoples Democratic Party(PDP), Peter Nwaoboshi over the rightful candidate of the party in the last General Election.

Court of Appeal had last month ruled in favour of Nwaoboshi nullifying Nwoko’s victory at the Federal High Court and asking the Independent National Electoral Commission, INEC to recognise and issue him (Nwaoboshi) Certificate of Return.