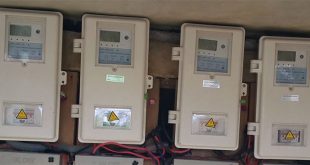 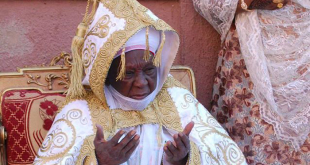 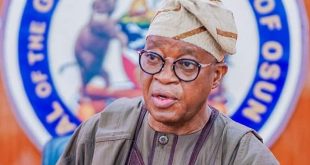 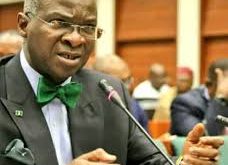 There was drama on Friday as investors storm the office of late Alhaji Fatai Yusuf, popularly known as Oko Oloyun, to demand for the money they invested in his Ponzi scheme.

Oko Oloyun, a popular Lagos-based trado-medical expert, was murdered on Thursday around 4:30pm on the road while travelling to Iseyin, Oyo State. He was reportedly attacked by some hoodlums at Igboora. His corpse was deposited at the mortuary of Igbo-Ora General Hospital.

Following his demise, investors, who invested money in his Ponzi scheme, known as “Option C” stormed the Head office of his company to know their fate.

The investors were the more confused as his two offices at Egba Idowu along Igando road in Lagos were shutdown with no one to provide information to the investors.

The investors, however, vowed to take drastic measures if a statement was not issued by the organization as soon as possible.

Just like the day MMM folded up, the investors of “Option C” programme narrated how much they had invested and insisted they could not afford to lose their hard-earned money.

Option C is a money-making programme that promised a 10% return in two months.

Reports hsve it that some who invested in the scheme in July 2019, had only received returns once, contrary to the agreement of two months .

Mrs Bunmi (first name withheld), a retired teacher, who was clearly in shock, stated that she had invested millions having joined the programme in December 2018. She said she had only received N500,000 from her investment and that she was not sure of her fate with the death of Oko Oloyun.

While expressing fear with her documents at hand, she added that she filed to pull out after inconsistency in payment but rescinded her decision when she was told that she could not get her investment back in full.

Mr Azeez, another investor, said he invested N1 million in September 2019 and had decided to pull out after he was not paid in November. He, however, vowed to pursue his profit with all his ability.

Mrs Bisola (second name withheld) said she invested the money sent to her by her military husband who is fighting insurgents in North East. She said she could not afford to lose the money. She urged the management to speak up and address the investment programme issue quickly.

Mrs. Sulaimon, an investor, said she aborted her trip to travel down from Badagry to Igando when she had about the assassination of Oko Oloyun.

She noted with tears that she had invested a lot and could not afford to lose her investment. She was however optimistic that the returns would be paid after meeting her co-investors who cheered her up.

However, in the midst of the lamentation, some investors who had visited the house of the late Oko Oloyun in Lagos alleged that they were denied access by the security men, which says “Alhaja said we should not allow anybody come in, they are all in Ibadan.”

After the outcry, the investors agreed among themselves to visit the house of the deceased in Lagos during the Fidau prayers on the eighth day to demand their returns.

Previous Oko Oloyun’s staffs who did fraud, burnt documents may be his killer !
Next Wike’s plot to join APC uncovered !..real reason revealed 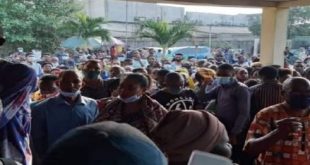 Rush for NIN in Lagos, Abuja, other states

There was a big rush in major cities on Monday to obtain the National Identity ...