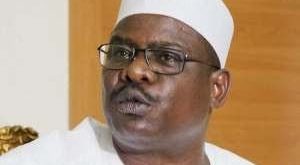 A Senior Officer of the Police Mobile Force, Chief Superintendent of Police Murtala Ibrahim, has escaped from the National Hospital in Abuja, where he was being isolated and treated for Coronavirus Disease.

The Commissioner, Federal Capital Territory Police Command, Bala Ciroma, raised the alarm in a Situation Report he sent to the Inspector General of Police, Mohammed Adamu.

According to CP Ciroma, Ibrahim, attached to 21 PMF, Nyanyan, after fleeing the National Hospital, was traced to his residence in Garki Barracks by officials of the Nigeria Centre for Disease Control.

He said at about 2pm on May 15, 2020, officials of the NCDC approached the Garki Division of the Nigeria Police to report they were heading to Garki Barracks in the bid to return CSP Ibrahim to the isolation centre to continue treatment.

The NCDC team was led by police operatives to Ibrahim’s residence.

Ciroma said on arrival, Ibrahim and his family members came to the window of the house and only peeped to looked at the NCDC officials and police operatives without opening the door.

He said all “admonitions and appeal for him to open his door to meet the evacuation team proved abortive.

“He was later seen driving out of the barracks in his car to an unknown destination.”

Ciroma, who gave Ibrahim’s mobile number as 08035832843, said the phone has remained unreachable, adding: “Surveillance Teams have been set up to trail and take him into custody.”

He said the medical team had also been alerted and the members on standby.