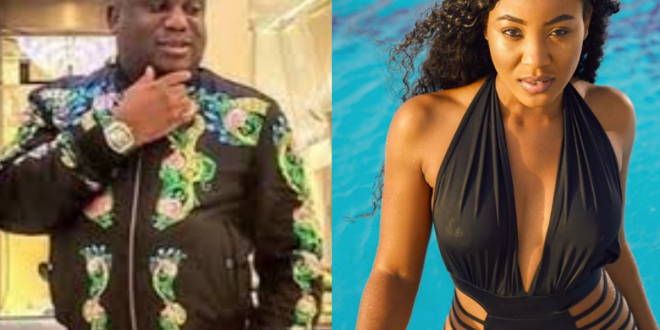 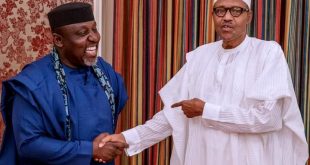 (Opinion) : Nigeria’s unity and all the IBERIBERISM

A brief bio of Kiddwaya’s dad, a socialite who lit up the scene back in the 90s.

It wasn’t long after Terseer Kiddwaya Waya got into the Big Brother Naija house that people realised that he was a rich kid. Talks of his expensive private plane ride to Lagos for the reality show and tittle-tattle of his trips all over the world gave him up real quick.

It wasn’t hard to connect the dots. He is the son of Terry Waya, the once- flamboyant playboy who was the toast of society tales back in the mid-90s to early 2000s.

His journey in the fifth edition of Big Brother Naija however ended on Sunday, September 13, 2020 when he became the 12th housemate to be evicted from the reality TV show.

But while he was in the house generating conversations, his wealthy dad was also making the news.

Waya had two Instagram Live interviews with high-profile society newsman Dele Momodu where he discussed his son’s Big Brother Naija exploits. He also did the same with the BBC.

Along with his son’s Big Brother adventure, these interviews brought him back to the limelight and had many young people asking, who is Terry Waya?

But shortly before that, the Benue-State born businessman had made the news for the wrong reasons.

He had two convictions in England for a couple of financial crimes and also had a run-in with the Economic and Financial Crimes Commission (EFCC).

All of these were in his waning days as the most-prominent socialite from Nigeria.

He attended Kaduna Polytechnic before he relocated to Abuja, a then-developing city. It was in the capital city where he got his first break when he consulted for the company that built the Transcorp Hilton in the early 90s.

From then on, he became a known fixer for top politicians from the mid-90s to early 2000s and acquired a lot of money with which he made investments in the United Kingdom and several countries in Europe.

A top lobbyist, he has links with a slew of Nigerian elites across politics to business and has investments across several sectors including real estate, oil and hospitality.

“I’m a consultant, that’s different from lobbying,” he once said when he was asked how he made his money.

“I made a lot of money during the military era, I’m not making money with this government. I’m okay with what I have, I’m comfortable, I don’t want the whole world.”

Stories of the party which held at the Le Méridien Piccadilly in London even drew the reaction of then-President Olusegun Obasanjo who accused some governors of squandering their state resources abroad attending social parties.

Explaining why Obasanjo was angry with his birthday party, Waya in a May 2020 interview with Momodu revealed that the governors who attended his shindig missed out on an event that was organised by the then-First Lady, Stella Obasanjo.

“Obasanjo is a very honest man. I met with him at the villa in 2003 and he extended his apologies,” Waya told Momodu in one of his Instagram Live interviews.

There was also this famous July 2010 party that was thrown for him in South Africa that was said to be super glamorous. According to several society magazines, the party which was held at the Sandhurst mansion owned by the convicted former governor of Edo State, Lucky Igbinedion had the likes of then-Senate President, David Mark; then-Senate Majority leader, Teslim Folarin and then Governors like Adams Oshiomhole of Edo State and Timipre Sylva of Bayelsa State in attendance.

The likes of Aliko Dangote, then-Speaker of the House of Representatives, Dimeji Bankole, Andy Uba and a host of other businessmen and politicians were also in attendance.

Fables like these about Waya are countless. That was what the former notorious-money bag was known for. Hosting the most glamorous parties for Nigerian elites at choice locations all over the world.

He gained more publicity in October 2005 when he took out pages in Daily Newspaper to claim that he stood surety for the bail of his friend, then-Bayelsa State Governor Diepreye Alamieyeseigha who had been arrested for money laundering.

The socialite also claimed in newspaper interviews that he deposited a cash sum of £500,000.00 for bail bond as part of the conditions to secure the release of Alamieyeseigha from prison although, there is that famous tale of the late politician dressing up as a woman and skipping bail in Britain to return to Nigeria.

“My father was the one who bailed the late Chief D.S.P Alamieyeseigha of Bayelsa State out of prison back then,” Kidd said.

“He has everybody’s back and he’s loyal to you no matter what. But he does not expect anything in return from anyone.”

After his troubles with the law in the United Kingdom and Nigeria, Waya withdrew from the social scene and stayed away from the limelight.

His name, however, appeared in the media once in a while. He was mentioned among the Advisory council of All Progressives Congress’ (APC) Women and Youths Presidential Campaign team for the 2019 elections headed by the wife of the President Aisha Buhari.

His flamboyance however remains. The 55-year-old is called Mr. Versace because of his owned luxuries and his love for the luxury brand.

“My love for Versace is because I love bright colours. I love flowers, Versace in a way, is full of colours. very unlike other ones like Armani,” he once revealed in an interview.

“Those days in London, I had a lot of them there as my friends.

“When they started the home furniture in 2004, the first house they furnished was my house and since then I have always identified with them. I’ve had very good relationship with them in Milan

“We are like family. When I was in Milan, it was on the invitation. We are like part of the family.”

After his marriage to Susan, Waya never remarried and only dated Eno.