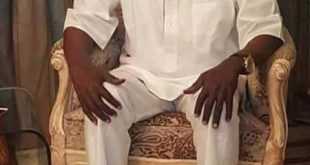 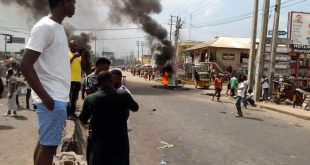 A couple in Odogbolu, Ogun State, have been arrested for desecrating a deceased person, whose grave was dug and the head severed.

Also arrested for the criminal act perpetrated on Thursday, September 24, 2020, were two other accomplices.

The suspects, Muyideen Tolubi, Niyi Folorunso, Sonubi Taiwo and Remilekun Folorunso were tracked down through intelligence-based investigation by operatives of Odogbolu Division of the Police Force after successfully accomplishing their mission and left.

Disclosing this incident in a press release emanating from the office of the state Police Public Relations Officer (PPRO), DSP Abimbola Oyeyemi, the suspects were sighted digging a grave with the aim of removing its body part following which, the police was alerted.

Acting on the information, the PPRO said: “The DPO, Odogbolu Division, CSP Afolabi Yusuf, led his detectives to the scene but, before getting to the scene, the devil incarnates had completed the act and gone.

“The police, there and then, embarked on an intelligence-based investigation which led to the arrest of a couple, Niyi and Remilekun Folorunso, as well as Muyideen Tolubi.The three of them, in a voluntary statement made to the Investigating Police Officer (IPO), owned up to the crime. They later took the detectives to Ikenne, where the fourth person, who initiated the evil act for ritual, was apprehended”, the police spokesman revealed.

The state Commissioner of Police, Edward Ajogun, has ordered the immediate transfer of the suspects to the State Criminal Investigation and Intelligence Department (SCIID) for further investigation and prosecution.