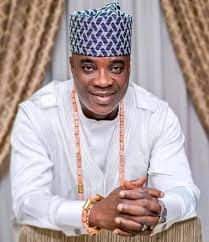 Fuji Lord, Wasiu Olasunkanmi Marshal, popularly known as K1 de Ultimate, has denied reports making the rounds that he beat up broadcaster, Wole Sorunke who is more known on Radio as MC Murphy at the 60th birthday party of Oba Abdulfatai Akamo, the Olu of Itori in Ewekoro, Ogun State, last Thursday evening.

Surprisingly, broadcasters under the aegis of Freelance and Independent Broadcasters Association of Nigeria,(FIBAN), had a press conference, on Friday, alleging that the Fuji super star beat up the broadcaster at the party.

The Freelance and Independent Broadcasters Association of Nigeria even appealed to the Alaafin of Oyo, Oba Lamidi Adeyemi to immediately strip top Fuji musician, Wasiu Ayinde of Mayegun title for allegedly brutalising an Ogun State based broadcaster, Wole Sorunke.

The association described the Ace musician as unfit to be bestowed with the title.
Sorunke, otherwise known as M C Murphy , a popular radio presenter and event anchor, was allegedly beaten and brutalised by the fuji maestro and his boys on Thursday night at the 60th birthday party of the Olu of Itori in Ewekoro Local Government Area of Ogun State, Oba Abdulfatai Akorede Akamo.

Narrating his ordeal, Sorunke explained that he had taken his client to a stage where Ayinde was performing for the fuji maestro to eulogise him after he was attacked.
According to him, Wasiu Ayinde snubbed me alongside my client, who is the Chief Executive Officer (CEO) of Olageospatial Global Investment Company (OGIC), Fasina Olajide.
Sorunke said the fuji star and some of his boys simply identified as KC and Gaji, came down from the stage and descended on him where he was sitting.
The broadcaster said it took intervention of some his supporters and other members of the gathering to rescue him from the angry fuji star and his boys.
Sorunke’s cheeks and lips were swollen as a result of the alleged pummelling by the fuji star.
The victim said he was perturbed by the development because he had been a long standing admirer, associate and promoter for Ayinde’s brand of music.
Sorunke, however, said Ayinde later regretted his action and apologised to him.
He said he decided to make the matter public and seek justice in order to serve as deterrent to the musician who according to him, has penchant for beating up people at slight provocation.

But in a statement on Saturday, the spokesperson of the K1 organisation, Kunle Rasheed said the event painted by Sorunke and FIBAN is far from the truth.
Mr. Rasheed said, “it is unfortunate that Mr. Sorunke and FIBAN are seriously looking for ways to malign King Wasiu Olasunkanmi Marshal who did not in anyway deserve that from them”.
“K1 was never involved in any violence at that party. Indeed, many followed K1’s performance live through the social media that day and so it became a great wonder the point this monumental violence took place that the live cameras did not capture it”. If indeed there was a fracas we are maintaining that it has nothing to do with K1 and his stage where he performed . It was believed that the radio presenter had issues with people at the party and because he is known to K1, he was rescued from the scene of the incident.

How then can this amount to beating up the broadcaster, when indeed he saved him that fateful evening.? Kunle Rashers asked rhetorically.

This can be coroborrated by people present at the occasion.
“For the avoidance of doubt, K1s title, ‘Mayegun of Yorubaland”, is a solid statement that the man stands for peace. Anything that happened to him (Sorunke) has nothing to do with Alhaji (K1)”, he concluded.

Previous Ooni of Ife gets a Prince, years after only girl child
Next Adeboye advises Buhari, proposes USN ( United States of Nigeria)