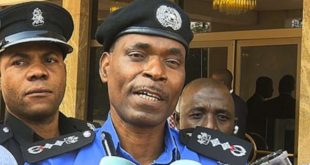 Nationwide protests demanding proscription of the Federal Special Anti-Robbery Squad have gathered momentum beyond Nigeria, with #EndSARS trending on Twitter in the United States, the United Kingdom, South Africa, and Canada.

The protest was also the most trended issue on Friday globally, according to a Tweet by @BBCAfrica, as Nigerians continued to demonstrate across the country amid violent clashes.

#EndSARS protest was reignited last week following the shooting of a youth reportedly in front of a hotel in Ughelli, Delta State, in broad daylight by some FSARS operatives who drove away his Lexus Jeep. The police have said the youth didn’t die.

The Nigeria Police Force consequently banned FSARS and other special tactical squads from carrying out routine stop and search.

Nigerians claimed that the police authorities had not shown enough commitment to reform the dreaded police unit over the years and called for its disbandment.

Despite the Force’s call for calm, the protest raged on in several parts of the country, including Lagos, Osun, Oyo, Delta, Imo, with Nigerians abroad joining the demonstration.

A Nigerian-British actor, John Boyega, on Friday was among the international celebrities who lent their voices to the #EndSARS protests in Nigeria