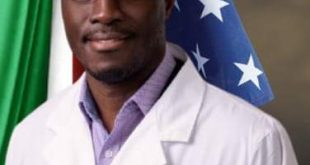 Temitope Kolawole, the father of the missing child who spoke briefly to SaharaReporters on Wednesday, said he would prefer to remain silent over the judgement, noting that his lawyer would soon talk on behalf of the family.

He said , “We have heard the judgement. It is good, but we have been briefed and advised by our lawyer that we should still hold on for an interview with the press.

“So, I won’t comment now on the judgement, but it has not been easy for us throughout the ten months, and I wouldn’t want to say more than that.”

Prophet Babatunde was Tuesday sentenced to life imprisonment by an Ondo State High Court over the case of the missing child.

The jail term was slammed on the popular Akure prophet by Justice Olusegun Odunsola of the State High Court in Akure, ten months after the child was declared missing at the church.

It will be recalled that on November 10, 2019, the one-year-old boy was declared missing during a Sunday service at the popular Sotitobire Church.

This led to the arrest of the prophet by the police for interrogation following complaints from the parents.

Previous Anti-SARS protest spreads to UK, US, S.A, Canada
Next Policeman allegedly shoots lady for turning down his love advances