John Pepper Clark-Bekederemo, Nigerian poet, is the pioneer of Modern African Literature. He is considered as the most lyrical among Nigerian poets. His poetry is universal for its artistry and descriptive power; and singular for the attention that it draws to it own locality for its imagery and ideology. His poems reflect the fusion of the Western tradition he acquired and the cultural heritage he naturally inherited. “The Casualties” is named after a collection of poems by J.P.Clark. Clark, among his contemporaries is hailed to be “more simple, down-to-earth in his imagery, more visual and descriptive and less complex, and therefore more African.”
The poem points to 1966, the time of the Civil War. Biafra wanted to be free and independent. It affected the common people who were suffering endlessly. The Battle failed and the problem was silenced. The poet asserts that the causalties are not only the ones who are dead, for they are far from the devastating consequences of the war. They are not only those who are wounded though they are well on the route to death. They await burial by installments as death is the Ultimate escapism. It is not only those who have lost their material assets and property, it is also those who have irretrievably lost their near and dear ones. It is those who long heart-rendingly for a touch. The casualties are not only those led away by the law at night, there is always the uncertainty about the cell. To some it may be a cruel place, to others it may function as a haven.

Furthermore, the casualties are not only those who started a fire and that cannot now extinguish the same. This may be any form of rumour or issue that kindles a controversy or sparks communal violence. The scapegoats are the innocents who had no say in the matter, and they are the victims of the fire. They are also the ones that escape the war, for they reside in the shattered shell of its aftermath. They always experience the walls falling against them. These so-called diplomats remain smug in their rooms smoking.(J.P.Clark was also a diplomat).’Smoking’ apart from its literal meaning also connotes the means of alleviating tension using a short-cut.
This stanza refers to the causalities of the war in an ironic and sarcastic stance. These so-called ‘casualties’ exist outside the scene of ravage and wreckage. Rather than being the emissaries of peace, they are the emissaries of rift. They are smug in room smoking. Here the term ‘smoking’ apart from its literal meaning may also connote the meaning of alleviating tension using an easy method. They cannot see the funeral fires consuming the forests or natural vegetation. They fail to have a far-sighted view. They are the wandering minstrels who beating on the drums of the human heart, taking advantage of human-sensitivity to certain issues. These drive humanity to a frenzy that is unfamiliar to its basic nature itself. These drums possess a power that overwhelm even guns.

We are thus caught in a chaos of charges and counter-claims.
When not in the niche others have left,
We fall,
All causalities of the war,

The ‘niche’ referred to here is that of being “politically correct’. Only those who are politically correct ,and are therefore in a ‘safe corner’. People are caught in the hatred of communities, or a cause that they see only the crowds In a tumultuous situation nobody can hear each other speak. Nobody sees the innocent individual faces who are unnecessarily made the victims. This is very significant in the contemporary context of terrorism. To know or not know the extent of wrong on all the sides is not a matter of concern for them. ’We are characters now”: we do not have an existence of our own. Though we appear to be the “stay- at- home”, we are unsettled by rumours of inflation, taxation, rumours etc.

By taxes and rumor, the looter for office
And wares, fearful everyday the owners may return,
We are all casualties,
All sagging as are
The case celebrated for kwashiorkor,
The unforeseen camp-follower of not just our war.

Kwashiorkor is the unseen camp follower of every war:a huge personification of all the deteriorating and devastating effects of the claustrophobic war. Kwashiorkor is an acute form of childhood protein-energy malnutrition. What the poet means to say that the war is like a disease afflicting a child, or a new generation at its very core. It is the children of today that is the future of tomorrow. Therefore the best way to win a war is to prevent it. 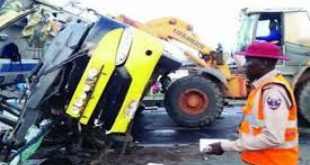