All items in commissioner’s house looted, including gate!.. See pictures 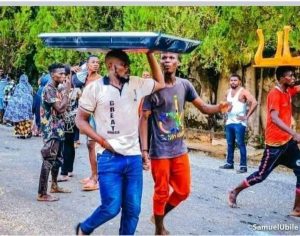 Looting assumed an alarming dimension with Uncommon Looting in Kaduna, during the weekend, as all items in the house of a Commissioner was looted,  including his gate.

An eyewitness says “The way and manner these lootings were done, it shows the people were not only hungry but also deeply angry. 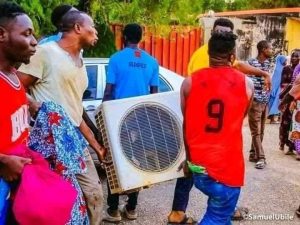 “Truly sad but our leaders had better learn from this raging madness. Yes there’s pretty elements of criminality in all of these but a strong signal for demand for good governance is being sent across. 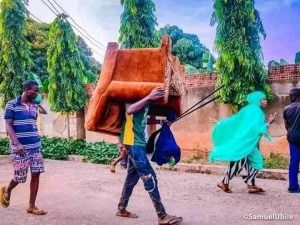 “Let our leaders do away with impunity, stealing for their fourth generations, self-centeredness, outright deceit and many more. This is not to say this reckless looting and carnage should not be condemned by all but the government created this monster 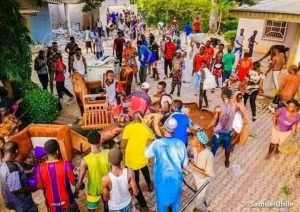 Another person who confirmed the  story said “This is what happens when you refused to perform your duties diligently, the children of the poor men you refused to educate are now grown up tormenting your life. Let them deal with it .

Napoli’s stadium has been renamed after Diego Maradona in memory of the late Argentine who ...