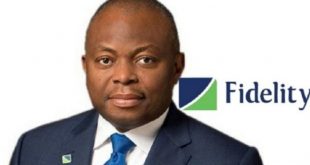 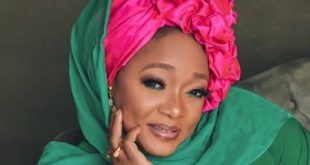 Although she is the Frontline candidate, she is yet to be confirmed, contrary to trending report that she was declared winner !

There are indications that the Nigeria’s former finance minister and a former managing director of the World Bank, Dr Ngozi Okonjo-Iweala would emerged as the first female Director-General of the World Trade Organization(WTO).

Sources are saying China has quietly tips the Scales in Nigeria’s Favour As EU, US Hit Deadlock…

If or when Okonjo-Iweala emerge as the first African and the first female to attain the position of DG of WTO ,She would haves eliminated South Korea’s current trade Minister, Yoo Myung-hee in a fierce battle for the coveted top job.

Already there are decisions among some of the key, and influential nations within the global power bloc to move in Nigeria’s direction which followed very tough, rigorous and high-level negotiations with China reportedly tilting the dynamics.

We gathered that with the EU nations and the United States are moving in opposite direction, a move that triggered a deadlock between the two powerful geo-political allies for the first time in many years, but the decisive and quiet support of China may finally tipped the scales in Okonjo-Iweala’s favour.

The WTO’s Ambassador Walker’s led General Council, the overall organ responsible for picking the organization’s next DG, would officially announce the choice of Nigeria’s former Finance Minister, Dr Okonjo-Iweala on November 7,2020, barring any any unforeseen changes in the organization’s schedule.

An official announcement to this effect would be formally made today by New Zealand’s Ambassador Walker’s led WTO General Council.

The race for the coveted job of DG of WTO has been fierce with Nigeria’s Okonjo-Iweala and South Korea’s serving Trade Minister, Yoo Myung-hee, running neck-and-neck in the intense jostle and game of global diplomatic intrigues.

Indications had emerged that influential global trading countries including the United States(US), the European Union(EU) nations, China, Japan and the BRICS countries were strongly divided on who should be the candidate to lead the WTO.

High-level sources revealed that it “took serious negotiations and prolonged talks to get China to go along with Nigeria with its decision to support Okonjo-Iweala.” China controls about 12.4% of the global trade.

The influence of the United States on global trade is reportedly huge as well given that it single-handedly controls about 12% of global trade just as China holds about 12.4% of the global trade statistics.

Diplomatic sources hinted that East Asia countries with the exception of China went along with Myung-hee in preference. These include Japan, Hong Kong, Taiwan, Macay, Mongolia and South Korea. Japan, a US ally is another strong international player in global trade with an estimated $705.7 billion worth of goods globally in 2020.

However, on Okonjo-Iweala’s side apart from the EU and 55 AU nations were 24 solid ACP countries that reportedly expressed preference for her candidacy. The CP countries in this regard include Bahamas, Cuba, Barbados, Guyana, Jamaica, Trinidad and Tobago, Dominica Republic, Dominica, Greneda, Fiji, Cook Islands, Solomon Islands, Timor-Lester, Parpua New Guinea, etc.

A combination of this preponderance form about 79 block countries that solidly stood behind Nigeria’s Okonjo-Iweala.

However, the quiet and deft diplomacy of China may sealed the deal in Okonjo-Iweala’s favour.

A top diplomat in Geneva revealed in confidence: “China quietly changed the game. They said nothing openly but silently they are in Nigeria’s favour.”

Okonjo-Iweala, 66, served as Nigeria’s first female finance and later foreign minister, and has a 25-year career behind her as a development economist and international finance expert at the World Bank, eventually becoming its number two. She is also on Twitter’s board of directors and is a special envoy for the World Health Organization’s COVID-19 fight.

Yoo Myung-hee 53, is the serving South Korea’s trade minister, following a long career in trade, diplomacy, law and foreign affairs. She had previously served as South Korea’s foreign Affairs minister, among others. A lawyer and diplomat, Myung-hee holds degrees in Law, Public Policy and was called to the New York Bar.

Though, she has a very good chance, it is not over, until it is over. Time will tell. 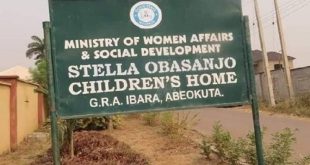