NPA seals three illThe Nigerian Ports Authority has sealed three illegal jetties in its bid to clamp down on unseaworthy barges following increasing reports of abuse of process in the operation of barges and private jetties.

The statement signed by Assistant General Manager, Corporate and Strategic Communications, Ibrahim Nasiru, said that the committee was spearheading the clearing of the waterways of lay-by barges and tugboats. 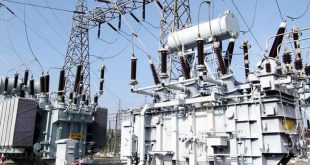