Revealed : Bandits who kidnapped Vasity students in Kaduna are teenagers 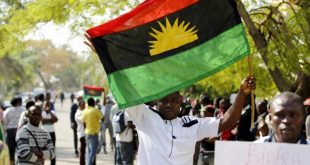 One of the students, who narrowly escaped being kidnapped alongside his schoolmates at the Greenfield University along Kaduna-Abuja highway, said the bandits that raided their school “are just small boys.”

The student, who did not want his name mentioned because of the sensitive nature of the matter, said the ages of the bandits that raided the school were between 17 and 18 years.

He said but for the weapon the bandits had, the students would have engaged them.

According to him, the bandits stormed the institution from directions between 8.30pm and 9pm on Tuesday.

He said, “We were already in the hostel when it happened. The bandits came from different directions and entered our school. They just surrounded us and started chasing us. They hit some of the students and came to our hostel and killed our porter.

“They forced some doors open and picked some people. They were just shooting indiscriminately. The funniest thing is that they are between ages 17 and 18 years. But for the sophisticated weapons, we would have fought back.