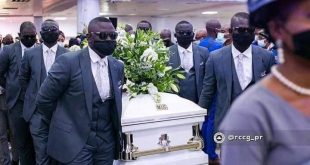 A Lagos-based socialite and contender for the Badore chieftaincy stool, Chief Rasak Jikoji, has been assassinated.

Rasaki had a month ago celebrated a court ruling in his favour on the chieftaincy stool.

He was said to be with his personal assistant on Sunday, April 25, 2021, when he was attacked and shot dead.

Our correspondent gathered that the assailants also smashed his skull open with a big stone.

The 60-year-old was rushed to the Lagos Island General Hospital, where he was pronounced dead, and the matter was reported at the Langbasa Police Station.

The victim’s aide, who spoke on condition of anonymity for security reasons, said the attack happened around 3pm at the deceased’s house on Jikoji Court, Unity Estate, Badore.

He stated that the late socialite had invited him the previous day, adding that on getting to the house, he observed that Rasak was having a meeting with some persons.

The aide said Rasak later led his guests to a piece of land in the community.

The aide stated, “He joined them in their car, while I drove his car behind them. About 15 minutes later, he came down from their car and entered his car. He said we should return home.

“As we were approaching the gate, he wound up the glass. I was about to park when I saw two men coming towards the passenger’s side. One of them covered his face and the other had a gun.

“I believe I heard one of them say, ‘It is you that wants to become Baale’. They tried to shoot twice, but the gun did not go off. They came in front of the car and tried to shoot again.

I put the car in reverse and tried to speed off. The road was not good and in our attempt to flee, the car ran into a ditch. Chief asked me to run out. I opened the door before they got to us. As we were running, they caught up with him.

The second guy, who was chasing me, later went back. I looked behind and saw that chief had already engaged the other man who had the pistol. I believe that the gun fell at a point. But the guy, who went back, picked a stone and smashed it on his head. The other guy picked up the pistol and shot him.” 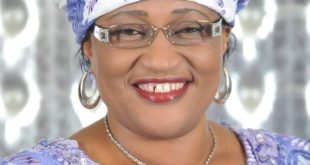 President Muhammadu Buhari Tuesday joined the people of Taraba State in their moment of grief ...