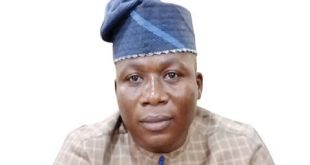 Operatives from the Federal Operations Unit, Zone A, of the Nigeria Customs Service (NCS) stormed Oja’ba market in Ibadan, Oyo State, in the early hours of Saturday, and went away with an unknown number of bags of rice, loaded in five trucks.

They were said to have broken into warehouses, stores and shops containing the bags of rice to carry out the act.

However, a reliable source, who craved anonymity, told Sunday Tribune that the operatives had to leave hurriedly, as some area boys at Mapo and Oja’ba areas started pelting them with stones in the dark, as they were carrying the rice bags inside the trucks brought for the operation.

Another source alleged that the action of the Customs operatives must have been carried out with the connivance of an insider who must have given them information.

“If this had not been so, how come they didn’t break into shops and stores containing yams, flour bags and other goods?

How were they able to know the ones that contained bags of rice if not that an insider was an informant? How come some warehouses and stores were spared?

“The same thing happened when the Customs went to Bodija Market about a month ago. Some stores were spared. We suspect something fishy,” the source said.

Tribune Online also gathered that the invasion of the market was not known by the Oyo/Osun Area Command, as competent sources within the market said that their findings revealed that.

When contacted, the Public Relations Officer, Federal Operations Unit, Zone A, Theophilus Duniya, a Deputy Superintendent of Customs, confirmed the raiding of the market.

He said that the job done by Customs officers was in line with the Acts that established Nigeria Customs Service.

Duniya also confirmed the number of loaded trucks as five, adding that the number of the bags of rice had yet to be ascertained, as they were still being counted.

According to the PRO, “normally, when we make interceptions like that, we conduct an examination to know the actual quantity. We only have five truckloads.”

On the reason for raiding markets within cities and towns, not borders and other intercepting points, the PRO said it became strategic for the FOU to go for such operations in the night, considering attacks usually carried out by suspected hoodlums and those in sympathy with the traders.

“Smugglers normally mobilise hoodlums and their sympathisers to attack and confront officers on duty.

“Going there at night does not mean that the operation is not a legal one. The Act that established Nigeria Customs Service empowers officers of the Service to break any warehouses, stores or shops, upon any reasonable suspicion that prohibited items are stocked therein.

“Foreign parboiled rice, as it stands, is still a banned product, because the federal government banned the importation of foreign rice to boost the local production by our farmers.

“So, the operation was carried out within the ambit of the law that establishes the Service.”

Concerning insinuation from certain quarters about informants to the Customs’ officers being insiders in the market, Duniya said that the Service has its intelligence officers’ unit where intelligence gathered is processed, which leads to successful operation 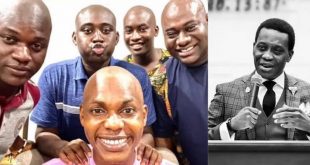 As the burial programme of the son of the General Overseer of the Redeemed Christian ...