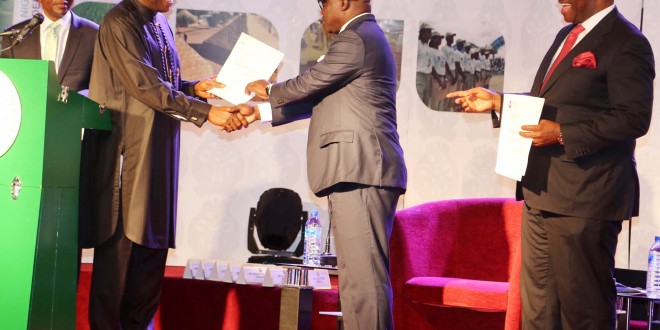 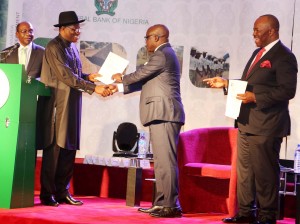 President Goodluck Jonathan  in Abuja said that the Federal Government would establish a wholesale Development Finance Institution to provide long-term funds for industrial development.
Jonathan stated this at the launch of the disbursement of the Central Bank of Nigeria’s N220 billion funds for the development of micro, small and medium enterprises in the country.
The fund’s disbursement was the highpoint of the CBN’s 8th Annual MSME Finance Conference and Entrepreneurship Awards with the theme: “MSME Financing in Nigeria: Past, Present and Future.”
The President said that the proposed institution was part of measures to enhance the contribution of MSMEs to the country’s economic growth and development.
According to him, the impending DFI would provide long-term finance spanning up to 15 years for relevant entrepreneurs and industrialists, especially people involved in tree crop production.
Jonathan also disclosed plans by the Federal Government to restructure existing DFIs for better performance and improved access to finance by MSMEs.
He said: “MSMEs are recognised all over the world as engine of growth in any development oriented economy.
“Besides their inherent labour intensive production processes, they also provide a viable platform for job creation globally.
“All over the developed world, the contributions of MSMEs to Gross Domestic Product average about 47 per cent.
“This shows clearly how important MSMEs are to us.
“As reported by SMEDAN (Small and Medium Enterprises Development Agency of Nigeria), there are about 17.3 million SMEs in Nigeria.
“However, this is quite small compared to countries like Indonesia that is slightly more than us in terms of population, but they have about 40 million. “So, we must also get there and even go beyond.”
The President emphasised that a vibrant MSME sub-sector was indispensable for achieving sustainable transformation of the Nigerian economy.
He said as Africa’s largest economy with excellent prospects of becoming one of the world’s 20 largest economies by 2020, the challenges confronting MSMEs in the country must be addressed frontally.
Jonathan said: “The challenges called for more concrete and concerted measures to enhance and expand the activities of MSMEs in our country.
“The enormity of the task ahead demands immediate and dedicated action.
“That is why I am kick-starting today the disbursement of the N220 billion MSME Development Fund.
“The fund will be received by participating financial institutions and state governments for onward lending to MSMEs across the country.”
Jonathan described the conference as apt and appropriate in view of its focus on ways to resolve the problem of access to and cost of finance to MSMEs in Nigeria.
Besides limited access to finance, MSMEs in the country are also confronted by poor infrastructure, especially power, among other challenges.
Jonathan stated that the Federal Government was investing heavily on critical infrastructure such as electricity and road, among others to promote job creation and inclusive growth.
He said: “We are aware that inadequate infrastructure increases the cost of production by an estimated 30 per cent, making Nigerian goods quite under-competitive and we need to improve on that.
“The Federal Government believes that stable power supply is the bedrock of our industrial development and economic progress.
“It will not only reduce the cost of manufacturing and services significantly, it will also engender investments and create jobs.
“With these benefits in mind we are vigorously implementing the power sector reform programme.”
Jonathan noted that in spite of the initial challenges associated with the power reform programme, some of the successor companies to the unbundled Power Holding Company of Nigeria were currently doing well.
He lauded the CBN for collaborating with the Ministries of Power and Petroleum Resources as well as the Nigeria Electricity Regulatory Commission to address the funding issues related to gas supply.
According to him, the collaboration is expected to boost gas supply that will increase the country’s power generation capacity to 5,000 megawatts within the next few months.
Jonathan presented N500 million cheque to Governor Emmanuel Uduaghan of Delta State and N260 million to his Akwa Ibom State counterpart, Godswill Akpabio, as their states’ share of the fund.
Uduaghan also won an award at the ceremony for the outstanding success Delta State has recorded under him in the MSME scheme.
The representatives of LAPO Micro-Finance Bank and Grassroots Micro-Finance received a cheque of N100 million and N9.9 million respectively from the President.
8TH ANNUAL MICRO SMALL MEDIUM FINANCE CONFERENCE AND ENTREPRENEURSHIP AWARDS IN ABUJA delta 2014-08-28
YouNews
Share 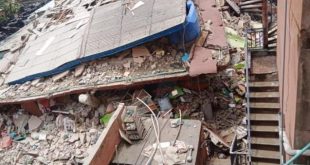