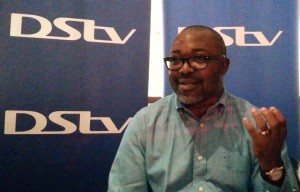 DStv Now, the recently launched brand new app that gives you sport, movies, series and so much more is launching three bonus channels; ShortsTV, Ginx TV and Eurochannel, that will only be available on the DStv Now app for a limited period. This marks an unprecedented move for MultiChoice as new channels usually hit linear television first.

“As a pioneer at delivering content via breakthrough technologies, we do our best to get content that will captivate audiences across the continent. We are pleased to acquire the new channels for DStv Now and hope they will resonate with short film junkies, video gamers and European culture lovers” commented John Kotsaftis CEO of DStv Digital Media.

“At ShortsTV we are thrilled to expand our carriage in Africa with MultiChoice this March,” said ShortsTV EMEA President Jan Pieter Koene. “Our short film programming is very well suited to the DStv Now platform and on-the-go viewing, and we are confident that the channel is a unique addition to the line-up.”

Ginx TV is the world’s only  24/7 international video gaming television channel – offering the very best video reviews, news and features from the world of video gaming and video gaming culture. Based in the UK, the growing library of shows and videos are enjoyed by audiences both as a part of the Ginx TV channel on 26 million homes worldwide and in 9 languages, through syndication on other networks and services across the globe.

Commented Ginx CEO, Michiel Bakker:  “We are very excited to be taking this step intoAfrican markets. Video-gaming is now a massively mainstream leisure activity and it is fantastic that we are able to bring the channel to African gamers as part of this exciting new offer from MultiChoice”.

“We’re thrilled to start offering our extensive and premium selection of European movies, TV series and music to the African audiences thanks to MultiChoice’s new OTT service DStv Now. All Eurochannel programs will be available in English, so everyone is invited to take this emotional rollercoaster ride of non-stop European entertainment! To celebrate our launch, Eurochannel will offer an exceptional line-up in March, such as a music special on Grammy Award winner Sam Smith and a gripping British period drama starring 50 Shades of Grey’s Jamie Dornan – Shadows in the sun,” says Gustavo Vainstein, Eurochannel’s President.

The DStv Now app is free to download and is available to all DStv customers.  The video content on DStv Now is available exclusively to DStv Premium PVR customers and can be watched via an Android phone/tablet or iOS phone/tablet.  Relevant data costs will apply when streaming content.

Shorts TV, Ginx TV and Eurochannel will be available for three months from mid March to mid June 2015.