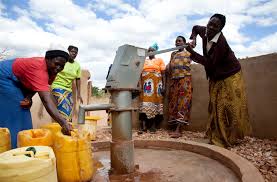 The United Nations Children’s Fund (UNICEF) has challenged Online Publishers to create space in their platforms for issues concerning children.

Rising from a two-day dialogue with members of the Guild of Corporate Online Publishers (GOCOP) in Enugu, UNICEF emphasised that issues affecting children across Nigeria and the world are so crucial that they could not be kept in the dark for long.

Describing children as the vulnerable part of the society, the UNICEF’s Communication Specialist, Geoffrey Njoku who coordinated the dialogue, regretted that voices of children have been shut out from media because they are seen as not important.
He said that the shutting out of the voices of the children has been one of the discrimination which the UN General Assembly’s Convention on the Right of the Child is out to correct.

Njoku was however happy that with the dialogue, things would change in favour of the children, even as the Online Publishers requested the UNICEF to participate by supplying relevant news materials on children for them.

The dialogue was addressed by among other academics, the Head of Department of Mass Communications of the University of Lagos, Associate Professor Abigail Ogwezzy Ndisika. She made it clear that the future development of any society is determined and shaped by the kind of children such society breed.

GOCOP was led to the dialogue by its President, Mr. Malachy Agbo who publishes of The Citizen.

The United Nations Children’s Fund (UNICEF)  received a grant of US $ 3.4 Million or N750 million) for Integrated Provision of Life-Saving Emergency Interventions for Vulnerable Populations in the north east of Nigeria, from the Government of Japan. The grant will be used for interventions focused on the Internally Displaced Persons and conflict affected populations in the north east of Nigeria in the sectors of Water Sanitation and Hygiene, Health, Nutrition, Child Protection and Education.

The conflict in the north east of Nigeria especially in the states of Borno, Yobe and Adamawa has caused large scale human suffering for the populations in the areas especially children and women. The conflict has triggered major population movements and the number of IDPs in the north east has almost doubled in less than a year, from an estimated 647,000 in May 2014 to what International Office of Migration reports is now around 1.2 million.  Children make up about 56 per cent of those who have been internally displaced, with over half of them being five-years or younger.

“This grant is timely and will further boost the work UNICEF is doing in the northeast. It will make a significant lifesaving contribution to alleviate the suffering of the affected populations in the northeast especially children and women” said the Officer in charge UNICEF in Nigeria Mr. Samuel Momanyi.