The popular Fuji maestro, King Wasiu Ayinde Marshal has been invited by the Ogun State command of Nigeria Police force over the alleged shooting of a Student of Olabisi Onabanjo University Student on Sunday. 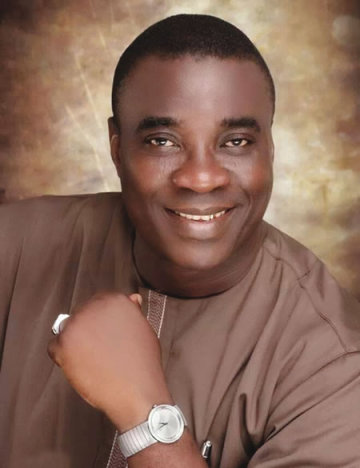 The student identified as Azeez Kofoworola from the department of Business Education was reportedly shot by one of the band members of the King of fuji which led to abrupt suspension of the show.

According to a source, the incident occurred at Limelite Hotel in Ago-Iwoye during an occasion organised by the owner of the hotel identified as Sesan Rufai around.

The source said that, Kofoworola was hit by a bullet shot by King Wasiu Ayinde entourage while sitting inside an unregistered Honda Accord that belonged to an officer of the Nigeria Security and Civil Defence identified as Hassan Afeez.

It was further gathered that the party was organised to mark Ago-Iwoye day which was scheduled for Saturday but was postponed because of the convocation ceremony held by the University.

Further findings revealed that, the owner of the hotel had paid the muscian for the show before the postponement and the musician reportedly reused to refund the money but, insisted to come and play which was agreed by the management of the hotel.

It was also revealed that the lady has been rushed to general hospital in Ijebu-Ode as the bullet reportedly entered through the right hand side of rear door of the car and hit the victim on her right bottom.

The Police Command in the state has confirmed the incident.

The Police Public Relations Officer in the state, Muyiwa Adejobi who spoke to our correspondent on phone said the state commissioner of Police, Abdulmajid Ali has directed that, Ayinde Wasiu be invited for interrogation.

“We got the report of the incident and we have taken the victim to the hospital. The bullet has been removed from the victim’s body.

“Before the Policemen got to the scene, the musician and his team have left the place.

“The Commissioner of Police has instructed that K1 should be invited to tell the Police how it happened and who among his band members that pulled the trigger.

“We have written the letter and we are going to summon the musician to give us the account of what happened. He was expected to come with the guy that fired the gun.

“The Police want him to explain what happened so as to assist the Police to do proper investigation”.