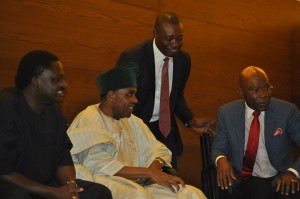 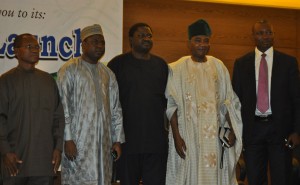 The Special Adviser to the President on Media and Publicity, Femi Adesina, and the Chairman of Zinox Group, Stan Leo Eke, have emphasised the need for responsible online journalism in the country.

Adesina and Eke spoke on Thursday at the launch of the Guild of Corporate Online Publishers (GOCOP), a body formed by professional journalists with not less than 10 years experience.

Adesina said the government of President Muhammadu Buhari knows the importance of online journalism hence it is passionate about the standardisation of its practice.

He said in a speech he titled: “Let your light shine,” that the nation cannot do without online publishing despite the realisation that it “can lift up or pull down an administration”.

He said the change that was witnessed in the country in the last elections had a chunk of the support from online publishing.

Adesina however said it has also been realised that online today has the good, the bad and ugly.

He referred to the arraignment of three bloggers for their decision to “bad or ugly”.

He said for this reason, practitioners now need to correct the lapses noticed among online publishers by continuously doing peer reviews.

He said owing to the challenges with online news platforms, people still do not trust them.

He said those who make use of online news platforms, according to research, take in the information provided but still wait till the following day for the “traditional media to validate it.

“That is the challenge the online media must overcome.”

Adesina said among other challenges are concocted stories and the use of foul language, adding: “People believe operating online gives them the liberty to use uncouth language.

“Be ready to defend any falsehood you write.

“Those who see online publishing as licence to do what is not right should be ready to pay for it.

“This association should able to do a separation.

“Bad coin tends to drive good coin out of circulation.

“It is important an association like this should thrive, prosper and do peer review.”

Adesina said publishing is not adversarial always, adding: “Criticism good for any government.

“This is our country.

“The President’s image managers will be willing to work with the association.”

Eke, who was the Guest Speaker, said in this age and time, no one can avoid online media.

He said he told those who cared to listen 29 years ago when he launched desktop publishing that it was either you are in or out, but yet a lot of people still do not understand that online publishing, and by extension business, has come to stay.

Eke said the future wealth of the country lies online.

He said with the distress in the economy, Nigerians should not be blind to the future wealth.

He said there was the need to alter the equation fast.

Eke said a lot of people took exception to his comment during the administration of former President Goodluck Jonathan that the failure of the government to pay attention to online publications was going to cost them the election.

He said the greatest fear was that if the Jonathan government returned to power, he mazy not be allowed to live peacefully in the country again, adding: “A lot of people forget that creating wealth is not about being in a particular location but what you have in your head.”

He said the administration forgot they rode on the power of the online media to come into power and they paid for it, adding: “President Muhammadu Buhari might be analogue, but he used the online to get elected.”

Eke said he has also been a victim of false reports by online publishers and bloggers, hence he advocated quality practice by practitioners.

He urged the Buhari administration to pay attention to the education sector not minding what it will cost and also work with major telecommunications service providers to provide Nigerians free internet service.