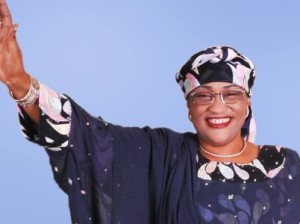 Tension heightened in Tara­ba State yesterday over the sack of Governor Dairus Ishaku by a tribunal last Saturday as eight people were killed and 30 were injured when violence broke out in Wukari kingdom.

The Election Petition Tribu­nal said Governor Ishaku was not validly elected in the Peo­ples Democratic Party (PDP) in its primaries. It gave the vic­tory to minister-designate and Ishaku’s opponent in the April 11, 2015 poll, Hajia Aisha Al- Hassan of the All Progressives Congress (APC).

The state police spokesman, Joseph Kwaji, said though the force had not concluded inves­tigations, the crisis might not be unconnected with the ruling of the tribunal.

Tanimu Danlele, former vice-chairman of Wukari Local Government, gave the casualty figure and called on security agents to be vigilant to forestall recurrence.

The tribunal declared Al- Hassan, winner of the poll, say­ing Ishaku, a native of Wukari, did not emerge candidate of the PDP in a proper primary election. Kwaji said normalcy has been restored to the com­munity.

“Yes, there was crisis in Wukari, but it is under control now. Securitymen have been deployed in the area and nor­malcy has returned to the town. Investigation is ongoing but it is likely that the crisis is in con­nection with the verdict of the governorship election petition tribunal of Saturday,” he said.

Warning the people not to take laws into their hands, Kwaji said the casualty figures had not been ascertained. He said the Commissioner of Po­lice, Shaba Alkali, had moved to the area to ensure that peace was restored.

He warned that the com­mand will come hard on any one bent on fomenting trouble in any part of the state.

In its reaction to the ruling, the APC said it is the clearest indication yet that the PDP has started harvesting what it sowed in its years of impu­nity and recklessness, hence, it should blame itself for whatev­er tragedy has now befallen it.

In a statement issued in La­gos by its National Publicity Secretary, Alhaji Lai Moham­med, the party said the PDP has always been a party of any­thing goes, hence it is a matter of time for the party to come to grief, first by tumbling from the pinnacle of power and now by losing, incrementally, what­ever remains of its crumbled empire.

It said the PDP was only tri­fling by attributing the judge­ment to a supposed manipula­tion from the Presidency.

“President Muhammadu Buhari as well as his party, the APC, are strong believers in the Rule of Law, as against the rule of impunity, hence, will never manipulate the judiciary for whatever reason.

“The PDP is clearly aware of this, but has chosen to blame everyone but itself for the fate that has befallen it. The PDP should have known that it will pay for its years of impunity and recklessness. For this par­ty, the chicken has now come home to roost,” APC said.

The party said if the PDP is not blaming the judiciary, its favourite whipping boy, it is blaming the APC, the Presi­dency or even Nigerians for its plight, warning it to stop shift­ing responsibility.

“PDP should leave the judi­ciary, the Presidency and the APC alone and accept respon­sibility for its actions. From the judgement of the tribunal, it is clear that the impunity of the PDP cost it the election. Not only did the party breach Section 78 (b) (1) (2) of the Electoral Act concerning the organization of party prima­ries, it was not even deemed to have participated in the April 11, 2015 governorship election in Taraba State in the eyes of the law.

“It is instructive to note that these judgments took place while the PDP was in control of the Presidency. The opposition parties then never questioned the integrity of the judiciary by making wild and weighty allegations as the PDP is doing now,” it said.

“The impunity was not only in the case of Taraba State be­cause the PDP also moved its governorship primaries for Borno and Adamawa states to Abuja in breach of the Elec­toral Act,” APC said.

Reacting to the judgment, Governor Ishaku said it was a mixture of judicial rascality and rape on democracy.

His Senior Special Assistant (SSA) on Media and Public­ity, Mr. Sylvanus Giwa, told reporters in Jalingo yesterday that there was an election and a rerun, and in all the two elec­tions, my principal, Governor Darius Ishaku won by a land­slide.

“Therefore, the people’s mandate still rests with the governor, that is why he feels he has to challenge the verdict. If the candidacy of Governor Ishaku was not supported by his party, according to tribunal, how come he was issued with the party’s flag and certificate, so where is the issue that he is not the flagbearer of the par­ty”? Giwa queried.

While appealing to support­ers to remain calm, he further said the issue of legality or oth­erwise of the tribunal verdict will be handled by the legal team.

“We have a trust in the judi­ciary, and we would pursue the matter to a logical conclusion, therefore, the tribunal verdict is unacceptable to PDP in Taraba State, the general public is aware that Ishaku won the elec­tion and that the good people of Taraba gave him their man­date,” he said.

Meanwhile, Taraba Volun­teer group has kicked against the judgment, describing it as a coup. In a statement jointly signed by its Secretary and Legal Adviser, Charles Yangaji and Nierus Johnson respective­ly, the group expressed deep shock at the decision of the tribunal that Ishaku was not sponsored by a political party.

Describing the tribunal ver­dict as a coup, the group stated that Taraba is a PDP state and APC cannot come from the backdoor to snatch the state, noting that going by the ethnic or religious composition, the state will continue to vote for the PDP.

It also stated that even at the presidential, National and state Assemblies elections, PDP de­feated the APC, describing the tribunal verdict as a coup.

The group was at a loss how the tribunal arrived at the verdict even when Sen. Ai­sha AlHassan, in her petition pleaded that the governor is a PDP member and was in fact, sponsored by the PDP.

The group stated: “How­ever, we are deeply shocked at the decision of the tribunal that gov. Darius Dickson Ishaku was not sponsored by a politi­cal party as contemplated by Section 177 of the 1999 Con­stitution even when Al-Hassan by her petition, pleaded that Gov. Darius Dickson Ishaku is a PDP member and was in fact sponsored by the Peoples Democratic Party (PDP). This is a clear admission by the pe­titioner herself yet the tribunal over looked this admission.”

She said the support for Al-Hassan had become im­perative, in the face of the cir­cumstances that it remains a priceless watershed in our po­litical history for APC to pro­duce the first elected female governor in Nigeria as desired and manifested by the elector­ate in Taraba State.

Aliyu, in a statement, said the ruling declaring Al-Has­san, the duly-elected Governor of Taraba State is a victory for democracy and a triumph of the people’s will.