Van Vicker Gave Me The Best Kiss Ever- Omotola Ekeinde 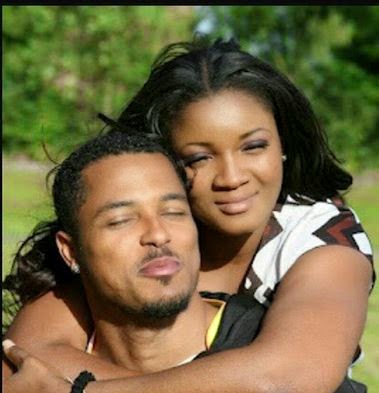 It seems revelation of the events behind the scene is now a trend in Nollywood, first it was Nollywood bad boy Jim Iyke who revealed that he has kissed over 200 actresses during sets, in d same step, Nollywood screen goddess Omotala Ekeinde has confessed that the best kiss she has ever received during movie roles, was from Ghanaian actor Van Vicker.

Omo sexy has she is fondly called by her fans, made this confession during an interview with Olisa Adibua of “The Truth Episode” program, when she was asked who kissed her best on set.

“Wow, strange question. I don’t really remember how many kisses I have had on set. Oh I think I remember one…Van Vicker.”

With this revelation, it calls for questioning if actors and actresses should come out openly to make such statements, as it has been judged by many Nollywood fanatics in some quarters  as an unprofessional act.

Not only did Omo-sexy reveal that Van Vicker is her best kisser, she also threw more light on the movie scenes she describe as uncomfortable .

“Bedroom scenes are not as glamorous as you guys think. Like you are seeing such movies and you say ‘Oh my God, these guys are having fun’!

“Those scenes are the most uncomfortable parts in movies because everyone is there, you are very uncomfortable and maybe if you are meeting the person for the first time and you sort of like the person; maybe the first kiss, you might say wow, this person is so cool but when you do it like ten times just to perfect the scene, you get tired you know and I go like Oh please get outta here,” she stressed.

Omo-sexy, also gave her opinion on what some people might tag as “kissers with bad breath.

“I don’t remember anyone but even at such instances, there is nothing you can do than to continue kissing the person if he happens to have bad breath; because as an actor, that’s what you are paid to do and of course, nobody has to see that doesn’t taste or feel good.”

However, despite the long absence in movie scenes, the name Omotola continue to ring a bell in different homes, as she continue to keep her fans on suspense as per when she will return fully to her acting roles.