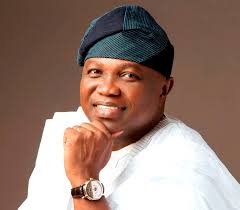 The Federal Executive Council (FEC) on Wednesday, approved a $200 million International Development Association (IDA) loan for projects in the state.

The approved sum is the second tranche of a $600 million running loan approved in 2010, for a series of developmental initiatives for Lagos State. The loan was to be disbursed in tranches of $200 million each year starting from 2011-2013, but encountered delay after the first release.

President Goodluck Jonathan had on October 24, 2013, written to the National Assembly to include the Lagos State Development Policy Operation (DPO) of $200 million into the 2012-2014 Medium Term Borrowing Plan (MTBP), stating that the fund formed part of the credit of $600 million granted to the Lagos State government in 2010 for implementation in three batches.

Briefing journalists after the FEC meeting chaired by President Muhammadu Buhari, Lai Mohammed, minister of information and culture, who briefed alongside the minister of power, works and housing, Babatunde Fashola, said the loan would allow the state government complete some of its very ambitious projects, like the 61-kilometre 10-lane expressway from Lagos to Badagry, which also included some 7-kilometer light roads.

It will also enable the state government completely rehabilitate the inner roads in Apapa, in addition to some other major works going on.

The approval was made following a memo submitted to the council by the minister of finance, Kemi Adeosun.

Fashola, who is also the immediate past governor of Lagos State, said the initial agreement was that the World Bank loan would be paid in 40 years, with a 10-year moratorium and 0.5 percent interest, however because of the delays, the opportunity of repaying in 40 years had been lost as the loan was now for 25 years, and the moratorium had reduced to five years instead of 10 years while the interest rate has also gone up to 2.5 percent.