NNPC Raises Hope; Another Refinery For Construction In Bayelsa 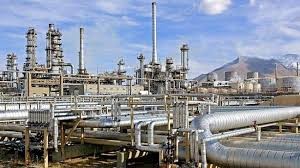 A Nigerian firm, Epic Refinery Group, has signed a consulting agreement with a foreign firm, Chiron Refineries, for the construction of a 100,000 barrel refinery in Bayelsa State in south-eastern Nigeria.

The Managing Director of Epic Refinery, Barango Wenke Jnr., said that the agreement followed the granting of licence to the company by the Nigerian Government.

He said that his group had signed a consulting agreement with Mr. Kuperberg and his company to find the best match for Epic’s location, and that the future was Brownfield, as opposed to Greenfield, to find a lasting solution to the energy problems in Nigeria.

According to local media report, the agreement for the construction of the refinery was sealed in Lagos by representatives of both companies, led by Wenke Jnr., and Managing Director of Chiron Refineries, Ron Kuperberg, an expert on relocation and assets management.

Wenke disclosed that the initiative was his company’s response to the growing demand for refined products in the country in the midst of the sharp decline in the price of crude oil in the international market.

He noted that with the forecast that the price of crude oil may further drop to below $20, it was imperative that the country commence refining of its crude.