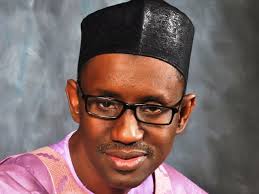 Limping on two opinions,sitting on the fence, are the lots of Ribadu these days..While  he is working underground to move back to APC,Key stakeholders in the Peoples Democratic Party (PDP) have extended invitation to a former chairman of the Economic and Financial Crimes Commission (EFCC), Nuhu Ribadu, to contest the party’s chairmanship position.

All on the cards is a former governor of Borno State, Ali Modu Sheriff, as possible replacement for Alhaji Adamu Mu’azu who resigned his position as national chairman of the party in May 2015.

Already, a handful of aspirants had earlier notified the party leadership of their interest in the race. The list includes Wilberfoce Juta, Saidu Kumo, Lawan Girgiri and Shehu Gabam.

Addressing journalists  shortly after a meeting, which was said to have lasted close to midnight on Monday, the party’s National Publicity Secretary, Olisa Metuh, said after due consideration, the meeting decided to expend the contestants’ list.

According to Metuh, the party’s two governors in the Northeast – Governors Ibrahim Dankwabo (Gombe) and Darius Ishaku (Taraba) had submitted five candidates for the party to pick from.

The position has been zoned to the Northeast to give a sense of fairness to the zone that produced Mu’azu.

A court in Abuja had, in November 2015, ordered the party’s Acting National Chairman, Prince Uche Secondus, to step down within 14 days and directed that the position be filled by a candidate from the Northeast.

Secondus was to act for a period pending the emergence of a substantive chairman of Northeast extraction.