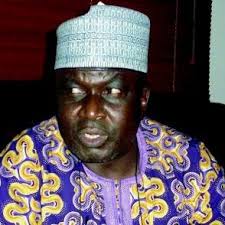 It alleged that Tarfa, last January 7, transferred the money to Justice Yunusa, and that the judge acknowledged the “bribe” with the words: “Thank you my senior advocate”.

This allegation is contained in a counter-affidavit filed yesterday in opposition to Tarfa’s fundamental rights suit against EFCC and others.

The counter affidavit, along with exhibits, including telephone call logs, were filed by EFCC’s lawyer Mr Wahab Shittu.

Tarfa filed a N2.5billion suit against the EFCC on February 9 following his arrest by the commission.

EFCC arraigned Tarfa on Tuesday on a two-count charge bordering on obstruction of justice and attempting to pervert the course of justice by communicating with a Federal High Court judge handling a suit filed by him against the commission.

The Beninoise were alleged to have fraudulently converted assets belonging to Rana Prestige Nigeria Limited to their use. They were also accused of tax evasion running into millions of naira.

Tarfa asked the court to compel the respondents to release his two mobile telephone handsets, which he said were “deceitfully collected”  from him, as well as his vehicle.

The Senior Advocate demanded an apology from the respondents, to be published in at least two widely circulated national newspapers, social media and two television stations with national reach 24 hours from judgment day.

Besides, he asked for an order of perpetual injunction restraining EFCC and its agents from further violating his rights; as well as N20 million as cost of the suit.

But, EFCC, in the counter-affidavit sworn to by Awolusi, denied violating Tarfa’s rights.

The operative said EFCC received an intelligence report of fresh criminal allegations against Nazaire and Modeste not covered by the pending criminal proceedings.

Based on the report, Kwarbai directed him and his fellow operative to invite Nazaire and Modeste for further interrogation and to make an undertaking that they would not escape from justice.

Awolusi said they were asked to wait outside the court premises for the suspects and to brief Tarfa on the new developments.

He said they sighted the suspects outside the court at about 11.30am and explained their mission “politely and courteously”.

According to him, Tarfa kept the suspects in his vehicle between noon and 5pm.

He said they were forced out of the vehicle when the engine had to be turned off as the car ran out of fuel.

It was when they disembarked that the suspects along with Tarfa were arrested, Awolusi said.

Among items taken from Tarfa were his phones, which Awolusi said were seized due to intelligence report that the SAN communicated with Justice Yunusa “in a desperate bid to pervert the cause of justice in an earlier proceedings involving the suspects”.

The operative said when data on Tarfa’s mobile phones were analysed, “startling revelations about secret, unhealthy communications between the applicant and judicial officers emerged”.

Awolusi said EFCC’s investigation of Tarfa’s Access Bank account number 0000964760 “shows that before the institution of the above proceeding, particularly on 7th January 2014, the applicant bribed His Lordship, Honourable Justice M. N. Yunusa with the sum of N225,000; a copy of the applicant’s firm’s account details showing the transfer of the sum of N225,000 from the applicant’s firm to Honourable Justice M. N. Yunusa is hereby shown to me and marked Exhibit ‘O’.”

The operative added: “I know from facts revealed during investigation that the said bribe of N225,000 was accepted and acknowledged by Justice Yunusa in a text message to the applicant wherein he said ‘Thank you my senior advocate’.

“I also know that investigation has revealed that the applicant’s law firm was in the habit of asking the Chief Registrar of the Lagos Judicial Division of the Federal High Court to assign his cases before His Lordship Honourable M. N. Yunusa in furtherance of the understanding between the applicant and the particular judge.”

The EFCC operative alleged that even a junior lawyer in Tarfa’s law firm “also engaged in the corrupt practices of their boss” by manipulating the court’s registry to fix and assign cases by them to particular judges.

According to Awolusi, there is evidence that Tarfa instructed bank officials through his mobile phone to transfer funds to other public officers.

The operative said details of such instructions “are being kept to prevent the applicant from tampering with evidence concerning allegation of corrupt practices against the applicant.”

The EFCC alleged that sometime in 2005, Tarfa collected $500,000 from one of his clients “under the pretext that he was going to bribe some officials of EFCC”.

The commission recalled that on April 29, 2015, Tarfa’s law firm represented Michael Igbinedion, who was standing trial for laundering N25billion.

EFCC said Tarfa, on April 30, attended a book launch in honour of the Chief Judge of the Federal High Court, Justice Ibrahim Auta, in company of Chief Gabriel Igbinedion, who was the chief launcher, and who donated N8million.

EFCC said Tarfa did not advise Igbinedion not to donate the money since Igbinedion’s son, who was later convicted, was standing trial before the court.

The commission said Tarfa and his brother silks donated N7million on the occasion despite having cases before the Chief Judge.

According to the agency, Tarfa obtained $500,000 from one Prince Akinruntan in 2006, who later stated that it was by “false pretence”.

EFCC quoted Akinruntan as saying: “He (Tarfa) told me that the money is not for him alone, that he is going to settle the court, EFCC and many other people.”

According to the commission, the Nigerian Bar Association (NBA) has refused to discipline Tarfa as recommended by a former judge of the Lagos State High Court, Justice Joseph Oyewole.

“This is not the first time the applicant will be accused of attempting to pervert the course of justice. I know that the respondents would be highly prejudiced if this application is granted,” the commission argued.

EFCC said Tarfa’s prayer for aggravated damages in the sum of N2.5billion “is provocative, annoying, self-serving and groundless in the circumstances”.

It said it cannot release Tarfa’s phones and vehicle to him yet because they are “necessary and vital” evidence against him.

“It would be in the interest of justice and equity that the reliefs as contained in the motion paper are not granted,” EFCC said.

The case comes up today for hearing.