Access Bank Rating Soars With Thumbs Up From Fitch 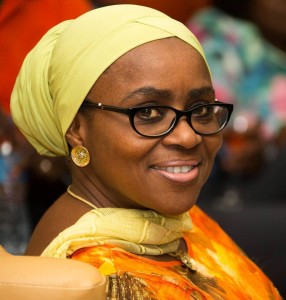 Fitch Ratings, a global leader in credit ratings and research, has affirmed the Long-term IDRs of Access Bank Plc (Access) and upgraded the National Ratings. The National Rating of the Bank has been upgraded to ‘A(nga)’/‘F1(nga)’ from ‘A-(nga)’/‘F2(nga)’ to reflect the improvement in creditworthiness over time relative to peers and to the best credits in Nigeria.

In Fitch’s opinion, banks will continue to face multiple threats in the course of 2016, particularly from tight foreign currency liquidity, worsening asset quality and pressure on regulatory capital ratios. However, Access’ Viability Rating (VR) is affirmed as these risks are to a large extent already captured in the ratings.

The Long-term Issuer Default Ratings (IDR) of Access remains on Stable Outlook as the rating is driven by its Viability Ratings (VR) and there is no expectation of any material change in the Bank’s intrinsic creditworthiness.

Access’ Support Rating Floor (SRF) of “4” reflects the authorities’ unchanged ability and willingness to provide extraordinary support. The agency believes that while there is a limited probability of external support, the authorities have a stronger ability to support the bank’s local currency obligations if required.

Access Bank’s major strengths, which underpin its long- and short-term ratings, include its size and franchise, its strong risk management and the group’s solid capitalization.

The bank’s improved rating further reinforces its resolve to deliver leading innovative and differentiated products and services to its customers in its quest to become the world’s most respected African bank by 2017.