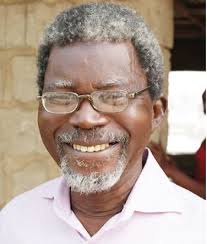 The thespian’s wife confirmed his demise via telephone.

The actor, who was also a director, is credited with movies such as “Cool Re (1976)”  and “Bisi The Daughter of The River.”

Adu was born in Calabar,  Cross River, on December 28, 1932, but  he started his primary education in Lagos when his father relocated from Calabar to LagosHe attende St Gregory College,Obalende,Lagos, between 1941 and 1946.He worked at the British Bank for West Africa (BBWA) now First Bank Plc before he travelled to Britain where he studied Banking at the Westminster City College, London and graduated as an Associate of the Institute of Bankers (A.I.B) United Kingdom.

His passion for drama made him to enroll at Morley College of Drama, South London.

On his return to Nigeria,Adu worked with the Central Bank of Nigeria (CBN)  and later moved to the film industry to pursue his acting career.