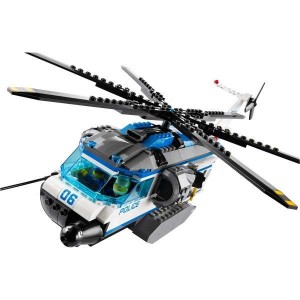 The Lagos State Police Command has conducted a helicopter surveillance of the vicinity of Babington Macaulay Junior Seminary School where no fewer than three pupils were abducted by gunmen.

The gunmen had seized the pupils from the private school in the Ikorodu area of Lagos at about 8:30pm on Monday, leaving parents distraught.

The helicopter surveillance was conducted while the Commissioner of Police in Lagos State, Fatai Owoseni and an Assistant Inspector-General, B. Hassan, were on the premises of the school.

Owoseni and Hassan, who arrived at the school in company with military personnel, held a meeting with the parents and inspected the premises, including the broken fence reportedly used by the abductors.The incident has led to panic among parents, who besieged the school to enquire about the safety of their children.

The armed men suspected to be dislodged pipeline vandals stormed the school premises located at Agunfoye-Lugbusi village.
It was learnt that the criminals gained entry into the school by breaking the perimeter fence which served as protection for the boarding students from the thick bush surrounding it.
The abduction of the female students from BMJS has created unease in the police such that the Lagos State Police Commissioner, Fatai Owoseni and a team of crack detectives were at the school premises till about 4am on Tuesday.
Confirming the incident, the state command’s spokesperson, Dolapo Badmos, a Superintendent of Police said that efforts were on to track the abductors and rescue the girls.
“Yea, three female students were taken away by some criminals on Monday night but investigations are on to track then.  At this moment, we cannot give you more information but you will be briefed as event unfolds,” she said.
The model private missionary school, BMJS was founded on October 18, 1996 by late Most Reverend Joseph Abiodun Adetiloye.
Situated on about 25 acres of land, BMJS is a co-educational Secondary institution of Lagos Anglican Dioceses and was named after Late Reverend Thomas Babington Macaulay who was the founder of C.M.S. Grammar School, Bariga, Lagos in 1859.