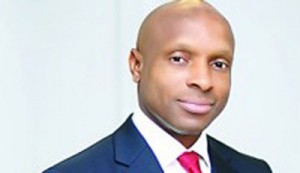 The Nigeria Basketball Federation have announced the official commencement date for the 2016 Zenith Bank Women’s Basketball League with a N35 million sponsorship support from the financial institution, Completesportsnigeria.com can report.

The season which dunks off on March 18 in Abuja will see eighteen teams featuring in the league as the Nigeria Basketball Federation is planning to make it bigger than the previous editions.
At the official announcement in Lagos on Thursday, Group Managing Director of Zenith Bank, Peter Amangbo, said the financial outfit will continue to support the growth of the game in the country most especially the women’s league.
He said he was excited with the way the federation has packaged the league and the success achieved through the previous editions.
“We are happy with the commitment of NBBF to the partnership over the years and I want assure that we will continue to support the project mostly when it has to do with encouraging young ladies through basketball. NBBF has done a wonderful job and that has also encouraged us,” Amangbo said.

President of the NBBF, Tijani Umar, who spoke on behalf of the federation said he was happy with the 12 years relationship between the banking outfit and the federation as he promised that efforts have also been put in place to ensure that this edition is better than the previous editions.
“I want to thank Zenith Bank for their support and also to assure you that there will be better scheduling of games this season and we are also planning to expand it by moving the league to Abuja as well. We want to make sure that more game are also played this time around,” Umar said.
Meanwhile, the league will terminate in May to allow the national women’s basketball team, D’Tigress, who also have players in the league, to feature in the FIBA Women’s Olympics qualifier in France in June.
The current sponsorship relationship between Zenith Bank and NBBF ends with this edition  but the bank has promised to renew.