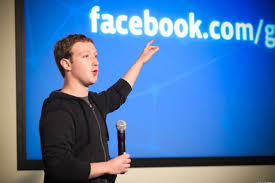 Facebook Founder, Zuckerberg, Is Now 6th Richest In The World

Bill Gates remains the richest person in the world with a net worth of $75 billion, despite being $4.2 billion poorer than a year ago. He has been No. 1 one for 3 years in a row and topped the list 17 out of 22 years. (In the 30 years FORBES has tracked global wealth, only 5 people have held the title of richest person on planet; 3 of those 5 still rank among the 4 richest in the world including Warren Buffett and Carlos Slim.)

Also holding steady is Buffett at No. 3. Zara ’s Amancio Ortega moves up to No. 2 for the first time, displacing Mexico’s Carlos Slim, who slips to No. 4. Slim’s fortune fell $27.1 billion to $50 billion in the past year, as shares of his telecom business América Móvil tumbled.

Facebook’s Mark Zuckerberg had the best year of all billionaires. The 31-year-old added $11.2 billion to his fortune and moved up to No. 6 from 16. He and Amazon’s Jeff Bezos both make their first appearance in the top ten of FORBES’ annual ranking of the world’s wealthiest. Another first: A billionaire from China’s mainland, Wang Jianlin, whose company owns AMC Theaters and soon will own Legendary Pictures, has climbed into the top 20. 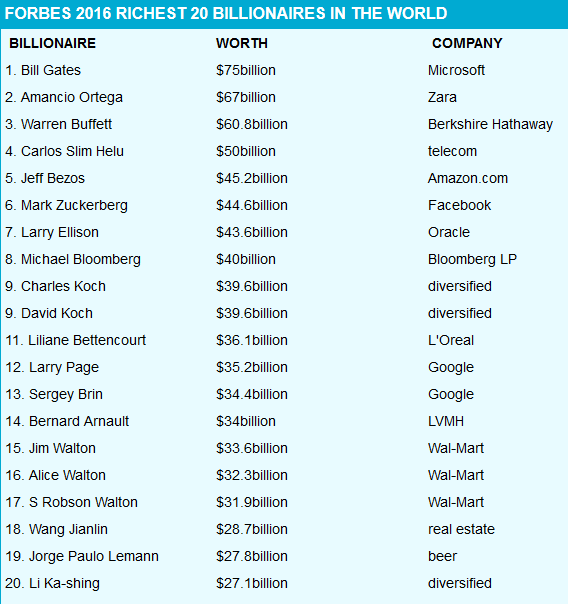 Previous Ese Opens Up On Her Travails With Yinusa
Next MILE 12 MAYHEM: 2 Schoolboys Beheaded ,25 Houses Burnt..2 Okada Riders Started It All