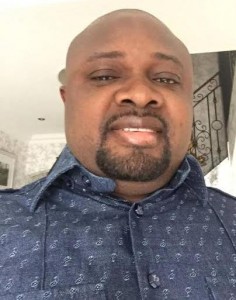 The Economic and Financial Crimes Commission (EFCC) has arrested the former Senior Special Assistant to former President Jonathan on Domestic Matters, Waripamowei Dudafa, over his allegedly involvement in the $2.1 billion arms deal fraud. EFCC sources say Waripamowei was arrested yesterday Monday April 18th while attempting to board a flight at the Murtala Mohammed International Airport, MMIA, Lagos.
He has been implicated in the ongoing $2.1 billion arms deal scandal in the office of the former National Security Adviser (NSA) retired Colonel Sambo Dasuki.
According to Sahara Reporters, Dufada was involved in the sharing of N10billion taken from the office of the former NSA and shared to Peoples Democratic Party (PDP) delegates during the 2015 general elections.

Previous Which tap is supplying the water?
Next Shell remits $42b to Fed Govt as revenue