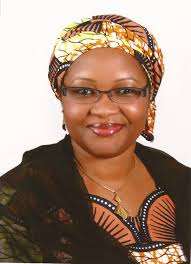 A wrist watch worth £600,000 and jewelry in gold and diamond have been confiscated from Mrs Alison-Madueke  by the Economic and Financial Crimes Commission (EFCC), a source said…and the commission has equally uncovered $12.9billion more arms deals fraud, carried out, during the administration of ex-President Goodluck Jonathan.The development has brought arms funds, which were diverted to other uses, to $15billion as the initial probe covered only $2.1billion.

As part of the ongoing investigation of the arms deals, the EFCC yesterday froze an account with $500million. The owner of the account was not immediately known.

The anti-graft commission has seized houses from a former Minister of Petroleum Resources, Mrs. Diezani Alison-Madueke.

Besides, a wrist watch worth £600,000 and jewelry in gold and diamond have been confiscated from Mrs Alison-Madueke, a source said.

These details are contained in an update on the ongoing investigation of the arms deals by the Office of the National Security Adviser (ONSA) under the former NSA, Col. Sambo Dasuki (rtd).

There are indications that many military officers may be questioned.

A source, who spoke in confidence on the investigation, said: “From our findings so far, the amount involved in the arms deals was over $15billion. The $2.1billion which you have written so much about is just one transaction into an account in the First Bank of Nigeria in New York.

“They moved the money into the FBN account from where they were disbursing and re-routing the cash. Our priority is to recover these funds but we will still prosecute the individuals and companies involved.

“All these suspects are not showing remorse, they think that they can go away with the fraud but we won’t allow them.

“Yet when we interrogate them, you see them wearing pampers and cannot stand or walk in public for a long time. Then, you are tempted to ask why they have to steal all these funds meant for public projects.

“The Trauma Centre at the National Hospital with a helipad was built with N1.8billion; you can imagine how many of such centres and schools these looted funds can provide.”

The source also explained that the EFCC yesterday intercepted about $500million in an account and blocked it.

The source added: “Just some few hours ago, our investigators today (Tuesday) blocked an account with about $500million. We are already looking at all clues on how the cash was wired.

“What we have recovered in just one year is more than the total recovery by the EFCC since inception. There was huge looting which will affect the coming generation if the funds are not recovered.”

The source gave insights into the probe of a former Minister of Petroleum Resources, Mrs. Diezani Alison-Madueke and businessman Jide Omokore.

”We have seized many houses belonging to Diezani and Omokore on Banana Island and other places. Also, a wristwatch of about £1.4million was seized from Omokore’s wife.

“From the former minister, we have retrieved a choice wrist watch worth £600,000 and jewelry in gold and diamond. We will soon show Nigerians all these items for them to appreciate what we have done and to learn some lessons.”

He explained that at the time the wrist watches were seized, the price tags were there.

The anti-graft agency discovered that the MRI machine was bought with some of the funds meant for arms purchase.

The investigators claimed that while Amosu’s Diagnostic Centre has MRI equipment, none of the Air Force clinics nationwide could boast of such a state-of-the-art equipment.

Also, there were indications last night that a former Chief of Defence Staff, Air Chief Marshal Alex Badeh may automatically  forfeit the controversial $1million(N318m)  found in his house to the Federal Government.

Badeh, through his lawyer, Samuel O. Zibri (SAN) disowned ownership of the money.

According to EFCC investigation,  some of the arms funds allegedly diverted by Amosu, were used to buy the MRI machine for the Diagnostic Centre.

MRI is a non-invasive medical test that physicians use to diagnose and treat medical conditions.

It was learnt that the centre might be confiscated by the government.

A top source in the EFCC said: “After thorough investigations, we have seized a MRI equipment of about N2.6billion from Amosu’s Diagnostic Centre. We were able to trace the purchase of the machine to some of the diverted funds meant for procurement of arms.

“We may also place the centre under temporary asset forfeiture pending the conclusion of the trial of the suspect.

Responding to a question, the source added: “The ex-Chief of Air Staff is still under investigation along with some military officers. We have not cleared him.”

Mainwhile the Economic and Financial Crimes Commission has seized two houses belonging to Senator Nenadi Usman who was the Director of Finance of the Goodluck Jonathan Campaign Organisation.

It was learnt that the two houses seized were located in Abuja.

The EFCC had arrested Usman last week after it was established that N2.5bn was paid into her company account, Joint Trust Dimensions Limited, and N140m cash was allegedly paid into her Zenith Bank Account with number, 1000158311, domiciled on 7, Kachia Road, Kaduna.

The said transfer, which emanated from the Central Bank of Nigeria, took place in January 2015, during the build up to the presidential election.