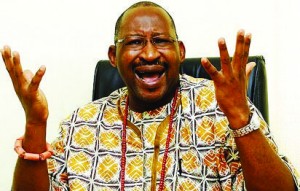 The Chief of Staff to Edo State Governor, Hon Patrick Obahiagbon, has described the late Oba of Benin, Omo N’ Oba Erediauwa, as a man of impeccable and impeachable character.

In a tribute to the late Oba, the former lawmaker said the late monarch always stood on the side of the people when confronted by the military and politicians.

He said: “You cannot gloss over the fact that Omo N’ Oba Erediauwa, Oba of Benin, was a man of impeccable and unimpeachable integrity with the resilience of a Royal salamander. In him you found a coruscating display of that apothegm which holds that noblesse oblige.

“This sui generis quintessential quality of his came under bold relief especially during the locust and philistine years of the military militocracy. He was practically the only triton among the minnows of Royal hierarchs that resisted and stood up to the military rascality and apacheism that characterized the Abacha era. He stood at all times with the people, eyeballing political and military demagogues and damning their treacherous hooey and blarneys. It won’t be erroneous and superfluous therefore to pontificate that his integrity was altruistically integrious if you permit me that neologism.

“Its in his cosmopolitan and cerebral mien that is situated the Alladins lamp that gave him the enablement in striking a delicate equipoise and hence at a meeting of the ‘Benin Anglican Dioscesan Synod on June 3,1980,the revered monarch posited thus ….’The conflict between traditional religion and Christian religion is not supported by scriptural teaching. But must Christian religion condemn and push out the traditional? Must traditional worship and Christian worship not be seen as complimentary?’

Previous One Year After,Oba Erediauwa Of Benin’s Death Broken!
Next Stella Damasus : Why I Marry My Best Friend,Doris Simeon’s Husband