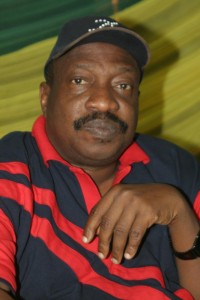 Former Lagos Island Local Government Chairman and Commissioner of Sports, in Lagos State, Prince Ademola Adeniji-Adele is dead. He was aged 60 years. Adeniji-Adele, according to his son, Hon, Sultan Adeniji Adele, who confirmed the death, said his father passed on at about 6:00am Nigerian time in an Indian hospital today..

Adele-Adeniji Sultan message read: “Good morning every one, My dad Prince Ademola Adeniji-Adele this morning passed on in India, may almighty Allah grant him Aljanah fidau. Hon. Sultan Adeniji-Adele.” Adele, fondly called Papa is a Prince of Lagos and was very prominent in the politics and sports administration in the state and Nigeria.

He also served as a deputy gubernatorial candidate under the Peoples Democratic Party, PDP, political platform before joining the All Progressives Congress, APC. His remains according to family sources would soon be flown home for a befitting burial. Adeniji-Adele, he is survived by wife, Tawakalitu and children.Adeniji-Adele died in an Indian hospital at 2am Nigerian time on Thursday.
His first wife, Tawakalitu, was said to have been by his side when he breathed his last.
It was gathered that he had undergone a surgery on Monday.
The operation was described as successful.
Though it could not be confirmed the ailment he went to India to treat, Adeniji-Adele was said to have travelled out of Nigeria about two months ago.
It could be recalled that as Commissioner for Sports in Lagos State, Adeniji-Adele left the job citing ill health.
At a point, he was using walking stick to aid himself following an accident that affected his back.
The remains of Adeniji-Adele, 60, according to informed sources, would be flown into Nigeria on Friday.
He would be buried on Saturday in his Festac home in Lagos State, it was further gathered.
Adeniji-Adele served as Commissioner in Lagos State between 2007 and 2011 during the administration of Governor Babatunde Raji Fashola.
Though he was due to be retained for Fashola’s second term, Adeniji-Adele cited ill health as ground for the rejection of the offer.