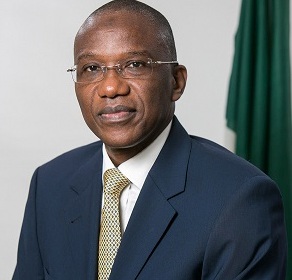 The Asset Management Corporation of Nigeria (AMCON) has appointed Asset Management Partners (AMPs) to assist in the resolution of over six thousand accounts with loan balances of N100 million and below.

The AMPs are consortia with specialist skills to recover and resolve debts in banking, legal, valuation and accounting.

The new partners are currently involved in an induction programme prior to the final selection of successful qualified firms.

At the induction ceremony in Lagos on Wednesday, AMCON Executive Director, Kola Ayeye, said collaborating with AMPs would ensure that the total loan portfolio of over 12,000 accounts of various sizes and sectors still lingering for over six years were established.

Mr. Ayeye, who was represented by the Managing Director/CEO, Ahmed Kuru, said when AMCON’s staff strength of approximately 300 was considered, there was need for a strategic approach to improve coverage and strengthen the capacity for more recoveries.

“We are convinced that the AMP programme is key to the success of AMCON, and we will give them all the necessary support to make them succeed in this exercise. A new sub-sector should emerge with desirable job creation and multiplier impact,” Mr. Ayeye said.

The Executive Director urged the AMPs to take the assignment seriously as AMCON intends to nurture its transformation into the preferred model for recovery and resolution of non-performing loans, NPLs in the banking sector and financial services industry.

AMCON said the AMPs is to be vested with the powers granted by the enabling Act, and would, among other things work with it to trace, identify and locate obligors (both pledged and unpledged) to resolve their outstanding indebtedness.

They would also be involved in tracing, identifying and locating assets of obligors to enhance the Eligible Bank Assets (EBAs) value and achieve set recovery objectives, negotiation of settlement and restructuring terms with identified obligors in line with approved guidelines.

AMCON was established in 2010 as a resolution vehicle to purchase the non-performing loans from banks, inject liquidity into the banks and subsequently recover the purchased bad loans.