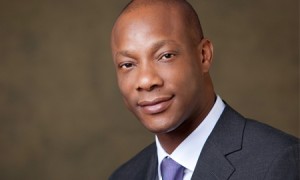 The semi-finals of the GTBank Master’s Cup, Season 5, kicks off on Thursday  at the Onikan Stadium, Lagos with eight first generation and missionary secondary schools in Lagos State competing for the highly coveted cup in both the male and female categories.

Commenting on the tournament, Segun Agbaje, the Managing Director of Guaranty Trust Bank Plc, stated: “Over the years, this tournament has helped participating students work towards actualizing their dream of becoming professional footballers and some of them are already making a career out of football.
“It has also helped them grow in personal confidence and become better team players.
“GTBank will continue to invest massively in youth development through education and sports.”
Guaranty Trust Bank Plc is one of the few Nigerian financial institutions that have maintained a defined Corporate Social Responsibility strategy since its inception in 1990.
The Bank actively supports in-classroom and out-of-classroom activities

The prestigious secondary school football tournament is an annual football competition geared towards the development of grassroots football, the discovery of young football talents and fostering camaraderie amongst secondary school students.
It also provides a platform for identifying, nurturing, grooming young and talented players as well as helping students actualize their dream of becoming professional footballers.
This season has already produced an exciting display of football skill and talent and the semi-finals promises to raise that excitement with eye catching match ups in the male and female categories.
The semi-finals will take place on Thursday and Friday, with defending champions and three-time winners, Queens College, Yaba, who breezed through the group stage of the competition without losing any match, squaring up against perennial rivals, Ansar-Ud-Deen Girls High School, Itire, who will be hoping to avenge their loss in the 2015 GTBank Masters Cup Final.
On the same day, the defending champions of the male category, St. Gregory’s College, will go up against high-flying debutants, Chrisland Schools, who will be looking to take their fairytale run all the way to the final.
The Day 2 of the competition will feature what has been tagged the Yaba Derby, with Federal Science and Technical College, Yaba making their first appearance in the semi-finals against a Methodist Girls High School hoping to be third time lucky in this stage of the competition.
Both teams recorded emphatic wins in the quarter finals to set-up what promises to be an exciting encounter.
In the male category, two-time finalist, King’s College, have a date with destiny as they take on Greensprings School, the highest scoring team this season with 15 goals.
Greensprings School are making their first appearance in this competition and have taken everyone by surprise with their ruthlessness in front of goal, coupled with their disciplined and highly technical organized playing style, which has been a marvel to watch.
Chief-Executive-Officer-GTBank-Mr.-Segun-Agbaje gtbank news slideshow social responsibility sports 2016-05-10
Younews Ng
Share